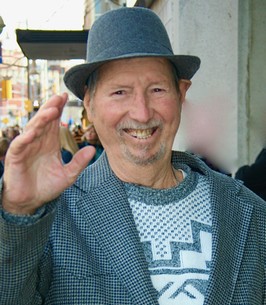 Mike Bridgeman was born in South Walsingham, March 2, 1933, the 14th of 18 siblings and the youngest of seven boys. He moved to Guelph in the fall of 1955 and married Joan George on July 21, 1956. Both enjoyed singing and dancing as well as other activities such as bowling and judo. In 1971, they and their five children moved to a farm in Puslinch, Ontario, Mike loved to sing and socialize, and he shared that passion with his children and grandchildren as well as the many friends he made over the years.

The family would like to thank the staff and volunteers at Hilltop Manor in Cambridge for their care and support of our father during the last year.

Mike has donated his body to the Human Body Donation Program and the family would like to thank coordinator Premila Sathasivam for her help in fulfilling that wish.

Arrangements entrusted to Gilbert MacIntyre and Son Funeral Home, Hart Chapel, 1099 Gordon St., Guelph, where the family will receive friends and relatives for visitation on Saturday, Aug 20 from 2pm – 4pm followed by a Celebration of Life at 4pm in the Funeral Home Chapel. Guests are welcome to join the family for refreshments downstairs in the lounge after the ceremony.

As expressions of sympathy, donations to The Bench would be appreciated by the family. Donations can be made by cash or cheque at the funeral or by contacting The Bench via the email following: [email protected]