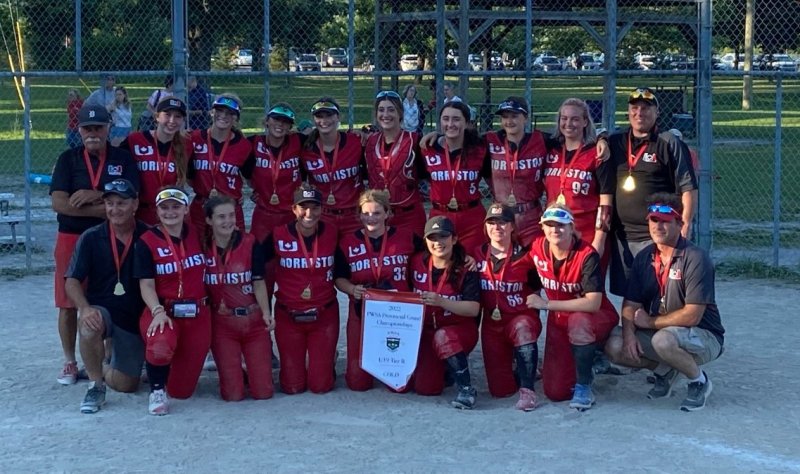 Best in the Province

On July 31st in Aurora the local UTM Morriston U19 softball team captured the gold medal at the PWSA Tier 2 Grand Championships. In just its fourth year in Morriston, the team, which plays out of Old Morriston diamond, went 8-1 winning five straight do-or-die games (four back-to-back on Sunday) in the playoff round to become the best in the province. It was a long hot weekend and the girls fought hard battling against several top-rated clubs in the province. This is the first ever provincial gold medal for the UTM program. The coaches, girls, UTM organization and all of the families want to thank Morriston and all of its sponsors for the support. A special note of thanks has to go to the Mayor, James Seeley who has been an advocate and partner for our team, The Optimist Club of Puslinch was the team’s first sponsor and supporter when they came to town and have supported each year since. Local business NAC (North America Construction) has also been a supporter for many seasons. Head Coach and architect of the UTM Morriston team is happy to have brought the championship home to Morriston.

The team will be back again for 2022/2023 and will be holding tryouts this fall in accordance with PWSA rules. The team will be looking to replace several of the veterans on the team who will age out this summer. Morriston’s program features a number of players who will be playing in the OCAA and OUS this fall.