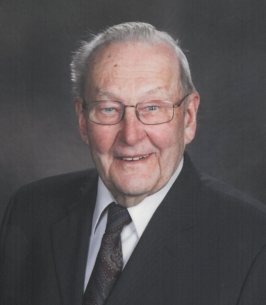 In loving memory of Glenn Allan Frosch who passed away peacefully at St. Luke’s Place in Cambridge, following a brief illness, on October 1st, 2022.

Glenn was born in Galt in 1928 and spent most of his life in Puslinch. He was a beef farmer, a Puslinch township councillor for several terms, a cattle judge at the Royal Winter fair and CNE, showed steers at various fairs with his son, served as secretary-treasurer of the Ontario Shorthorn Club for many years and played drums with the MacMillan Orchestra. He served as a board member at St. Luke’s Place and Saint Luke’s United Church, and was a member of the Mystic Tie Masons.

Many thanks to the E-Wing staff at Saint Luke’s Place for their kindness, and special thanks to PSW Gertrude who we can’t do without.

In lieu of flowers, memorial donations may be made to St. Luke’s Place Foundation.