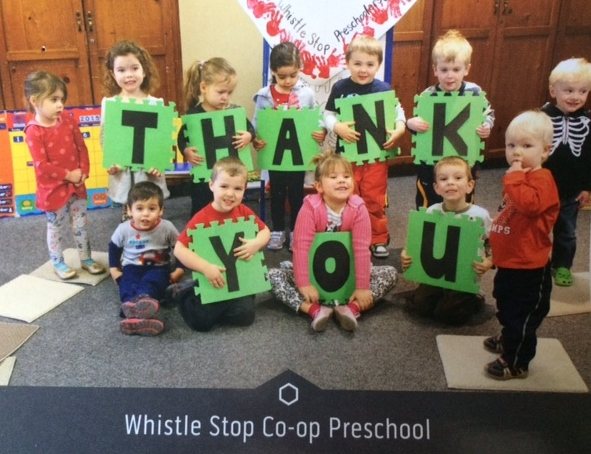 This is the fifth in our Back to School series to run through the month of August.


This is not just a story of Whistle Stop. It’s the story about the heart of this preschool. The parents, the children, the community and Sandra Gunson. A woman with the biggest heart of all.

Sandra must have a big heart because she told me each child holds a special place there. And in September she will start her eighteenth year teaching and supervising the school. That’s a lot of children.

Born and raised in Puslinch and married to Ron Gunson, a family also engraved in this community, Sandra went to Sheridan College and earned her Early Childhood Education Diploma in 1989. Education runs in the family as her daughter Kristan followed in her footsteps to Sheridan but then continued on to earn an Honours Degree in ECE at Charles Stuart University. This circle of life has Kristan as a graduate of the Whistle Stop Co-op and now is part of the Mother-Daughter teaching team with Sandra at the preschool.

After Sandra graduated from Sheridan she worked in daycare but when she had children Sandra quit working and started as a parent at Whistle Stop in 1997 (1995). At the time parents were required to put in time during school hours called “duty days.” Two years later they didn’t have enough volunteers so she was hired on as a teacher. The policy changed and parents were only asked to contribute “parent duties”; tasks to help the school operate but not participate during school hours.

That year enrollment increased. Now that parents weren’t required to be present in the classroom it opened up an opportunity for children who previously wouldn’t be able attend the preschool because their parents couldn’t participate during the day.

In 1999 Sandra took over as supervisor of this preschool which is a learning place where parents and children in our community come together and form friendships and bonds that can last a lifetime.

This isn’t somewhere that parents just drop off and pick up their children. There is a fifteen minute window that starts at 9am where parents can interact with the kids in the school or take the time to chat with each other before the day takes off. After preschool ends for the morning at 11:30, many of those children play together in the community park while Moms/Dads/Caregivers continue friendships formed through this co-op preschool experience.

Whistle Stop nurtures a personal touch and community spirit is abundant. It’s not just Puslinch families that come here, but from the east side of Cambridge and south Guelph as well. Sandra instills an environment of comfort for all, especially parents of children who are leaving the nest for the first time.

Children learn through play at Whistle Stop. There is a structure that includes playtime, snack time and circle time but it is flexible. Toys and items of interest are laid out for the children to explore and they get to decide what they are going to do with their time.

The opportunities to learn about science, math, language skills and even first writing experiences are teeming here. There is a sense of accomplishment through their exploring. For example, if they show an interest, the children are shown how to hold a pencil or a marker and encouraged to write or draw. They may often just be scribbles but the rewards they experience are joyful. Sandra told me that “seeing things for the first time through the children’s eyes is amazing.”

Well, the feeling is mutual. Sandra was brought to tears when a certain little girl, dressed in a grass skirt during their Hawaiian themed graduation, presented her with a bouquet of flowers. Sandra has the children from their first experience in the world outside of their home, to when they go off into it to explore more. And they don’t forget her.

Sandra can rarely go anywhere without hearing the happy chime of a former student calling “Hello Miss Sandra!” I’m sure she recognizes them all from that place they hold in her heart.

Whistle Stop Preschool is a place where parents will have the only chance they can have say in their child’s education. Parents are part of the Co-op and vote on all decisions made regarding their children’s well-being.

There was a time when they called for report cards to be handed out. Sandra influenced that decision and it was not to be. She feels that the kids will be judged plenty of times in later life, so while it is good to point out their strengths and weaknesses, they don’t need a mark for them when they are three years old.

Whistle Stop accepts children who are two and half to five years old. But with the onset of full time Junior Kindergarten the enrolment of ages four to five years has dropped off. Unfortunate because this is a place where bonds can be formed for life; where children can go on together to Aberfoyle Public School and even high school together. A journey that cannot be duplicated. If you are considering preschool for your child this is the place their life can start, enriched and nourished under the care of a community and a woman who is devoted to their well-being.

Every year Whistle Stop can take three children who are two years old. What a great place to start, where they can develop in an environment of love, joy and learning at their pace.

Thank you Miss Sandra. For making Whistle Stop a haven for parents and children to begin their life in this world. And I know that while you hold a place in your heart for every child that has walked through those doors, there is a matching piece in their hearts for you. 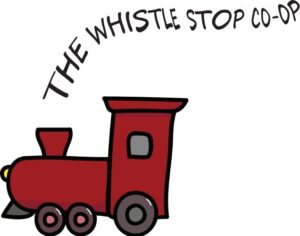 Tagged with: Back to School school Whistle Stop