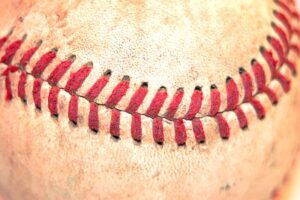 The Kodiaks went to Niagara Falls this past weekend to play in the Niagara men’s fastball tournament.

On Friday night they played one of the tournament favorites, the Niagara Snappers. The Snappers have one of Canada’s top pitchers on their team, Andrew Phibbs. It was an unlucky draw for the Kodiaks as the only game that Phibbs could pitch the whole weekend was against the Kodiaks. It started off great for the Kodiaks, with a leadoff home run by Matt Haines. They took the 1 nothing lead to the third inning where the Snappers managed to get 2 runs off Mike Haines. The Kodiaks scored one more run in the fifth inning, courtesy another good hit by Matt Haines. It was a double to the gap in left center that scored Kyle McCaig from second. Mike Haines pitched one of his best games of the season hitting his spots and getting 7 strikeouts in the game. The Snappers pitcher, Phibbs helped his own cause by hitting a two run home run in the bottom of the fifth. He then shut the door on the Kodiaks and the Snappers won the game 4-2.

The second game the Kodiaks played was against the Sweaburg Crush. The Crush beat the Kodiaks, with their pitcher throwing a one hitter. The Crush eventually went on to win the tournament, beating the Snappers in the finals.

After facing the top two teams in the tournament, the Kodiaks bats came alive. They defeated Port Burwell, Straffordville and Jordan, all by over 7 runs. Home runs were hit by John Blair, Mike Lajoie, Matt Haines (3 in the tournament) and Kyle McCaig.

Those 3 wins allowed the Kodiaks to win their division.

The Kodiaks only have 3 regular season games remaining this year. Tonight they played the Etobicoke Royals. The Kodiaks are looking forward to keeping the bats rolling until the end of the year.