On Tuesday October the 6th the Puslinch Kodiaks traveled to Jordan Ontario to play in the Golden Horseshoe Fastball League championship game against the Niagara Snappers. Game time was 9pm.

Before the Kodiaks walked on the field they knew what they had to do to win. They were about to face one of the worlds top pitchers in Andrew Phibbs, and also the 2014 ISC II championship winning team that stood behind him. The Kodiaks had to be perfect.

The game started as expected, with Andrew Phibbs throwing his 80+ mph dropball, and the Kodiaks doing everything they could to get a piece of the ball. The Snappers shut down the Kodiaks in the first three innings with very little resistance.

Fortunately for the Kodiaks, they brought their best stuff with them for this game. The Kodiaks matched the powerful pitching of the Snappers with amazing defense. Mike Lajoie made two diving catches in center field robbing the Snappers hitters of extra base hits and ending innings at the same time. The Kodiaks also made it through the first three innings without giving up a run.

In the top of the fourth inning, the Kodiaks fortunes against Phibbs were about to change. A hard fought battle at the plate by Brian Jefferson saw him get a single, shooting the ball to the opposite field, and breaking up Phibbs no hitter. That was the spark the Kodiaks needed. John Blair got a base hit on the very next pitch.

2 runners on and no one out.

After a hard ground out and a strikeout, David Jefferson hit a single to open the scoring. Next, it was JJ Gallo’s turn to work his magic. With a runner on second and third and two outs JJ smashed a ball over the left fielders head scoring those two runners and leaving himself standing on third.

The Kodiaks pitcher Scott Gordon then went to work throwing some of his most impressive innings with a 3-0 lead. In the bottom of the 5th the Snappers scored their first run, but the Kodiaks defense stayed strong and held them off until the bottom of the seventh.

The Kodiaks had their opportunities to put more runs on the board leaving a runner stranded on third base in both the 6th and 7th inning.

The inning started exactly as the Kodiaks wanted. A hard ground ball hit to our strong infield. 1 out. Next batter. Another ground ball, but this was a bit of a chopper, Brian Jefferson came across the infield and through the ball to first. David Jefferson stretched out at first and caught the ball. It looked like a clear out to everyone on the ball field, except for the umpire. He called the runner safe.

The next batter hit another ground ball in-between third and short stop. Brandon Viol made a great play and threw the runner out a second.

The next batter for the Snappers hit the ball hard to right field. The ball ended up in the corner and the batter ended up with a triple. Scoring the runner who was on first.

The Kodiaks were in the heart of the lineup for the Snappers and with the season on the line, it could not have been easy being in pitcher Scott Gordons shoes. We knew we had to make a good pitch on this batter, he already had two hits off us tonight, and we didn’t want him to score that runner.

A pass ball went behind catcher Kyle McCaig. The runner on third broke towards the plate and went for the tie. A toss from Kyle to a sprinting Scott made for an incredibly close play at the plate. The umpires call once again went the way of the Snappers, and they tied the game.

The Kodiaks finally got the third out of that inning and sent the game into extras.

In the top of the 8th the Kodiaks had runners on second and third with 2 outs, but were not able to score a run.

The Snappers went down in order in the bottom of the 8th and this games was headed to its second extra inning.

The international tie breaker rule came into effect in the 9th. The Kodiaks had a runner on second base to start the inning. After a great pinch hit bunt by Todd Parkinson moved the runner to third, the Kodiaks were poised to score another run. Matt Haines got a clutch 2 out base hit and scored the runner from third. The Kodiaks took the lead. Brian Jefferson then hit a double and that left the Kodiaks with runners on second and third. Once again the Kodiaks could not score those runners.

In the bottom of the ninth the first batter of the inning ended up hitting a 2 run home run and that was then end of the game.

The Puslinch Kodiaks want to thank the township for all their support. We have the best facility in the league and it’s a joy to play here. We’d also like to thank Puslinch Today for sharing our story throughout the year. We hope that anyone who is interested in fastball can come out and watch some very good ball close to home next season.

The players on the Kodiaks also want to thank Mark Slade and Tom Jefferson for being the best coach’s a team could ask for. Coaching a group of Men isn’t always easy, but they always seem to make it look that way.

It was a very hard way to lose a game for the Kodiaks. And an even harder way to end a season.

See you next season! 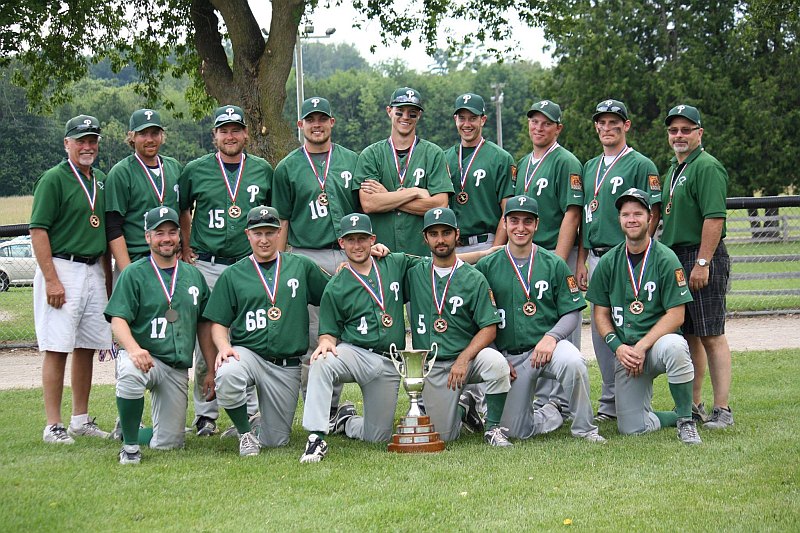