In the month of November, we gather to remember.

Wellington-Halton Hills is a large riding, but our Remembrance services and events take place over the course of a number of days.

This year, I was honoured to attend observances in Aboyne, Elora, Erin, Fergus, Georgetown, Glen Williams, Rockwood, and Salem. And, my wife Lisa represented me at the Cenotaph in Belwood. All of these events served to remind me that a two minute silence, once a year, is simply not enough.

The two minute silence is the most sacrosanct and central element in Remembrance. But if that’s all we do, to remember those who served, who fought, who sacrificed, and who never came home, then we do not give them their due.

Thank God for the Royal Canadian Legion. The Legion ensures Canadians will never, ever forget.

We will never forget Lieutenant William Turner of the Canadian Armed Forces Reserves, or “Bill” as his friends called him.

He grew up in Erin. He returned to Erin, to be interred, having lost his life along with three of his Canadian Forces comrades, when a roadside bomb blew up their G-Wagon light armoured vehicle near Gumbad in Afghanistan on April 22nd, 2006.

Bill Turner was one of 158 Canadian soldiers who made the ultimate sacrifice during the Afghan mission.

And even though we look back a hundred years, we will never forget Lieutenant Colonel John McCrae of the medical corps of the Canadian Expeditionary Force,”Doc McCrae” as no doubt many called him.

He grew up in Guelph, and lost his life as so many did in World War One, taken not by gas or gun, but by infectious disease on January 28th, 1918.

But his famous poem “In Flanders Fields” ignited the torch of remembrance that inspires us to this day.

We will never forget them, nor the hundreds of thousands like them who were prepared to give all to defend their communities and to defend Canada: her freedom, her liberties, and her democracy.

We will never forget them, from the “War to End All Wars” through the decades of the 20th century, to Afghanistan in the 21st century.

And we must always remember in our prayers those who serve in a Canadian Forces uniform today, and their families, as they train and prepare to restore order in trouble spots around the world.

The Legion’s mission is a noble one, and it helps to ensure its place as one of the pre- eminent service organizations in the country. We thank them for seeking to ensure Remembrance is observed not just on November 11th, but every other day as well, all year long.

At the going down of the sun, and in the morning, we will remember them.

Wellington-Halton Hills MPP Ted Arnott welcomes your comments. He can be reached at 1-800-265-2366. His website address is www.tedarnottmpp.com. 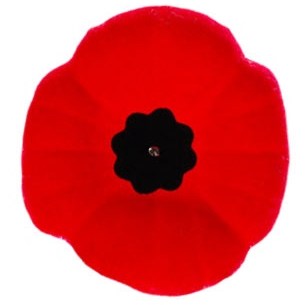