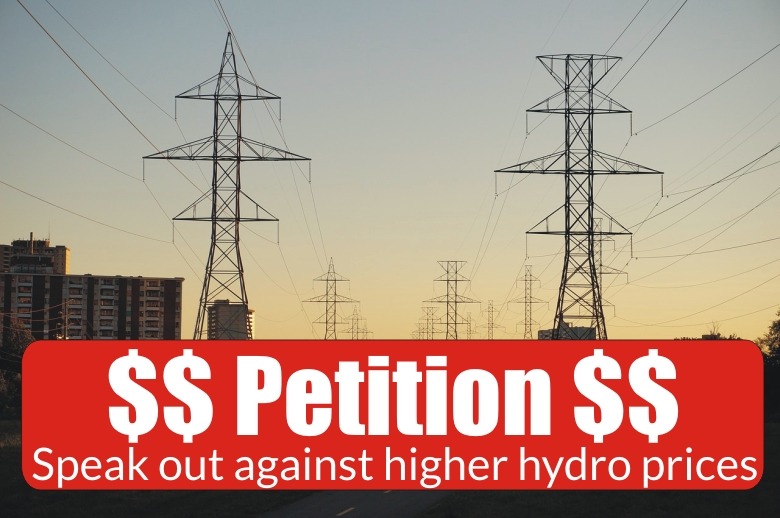 As of the end of December, the Ontario Government phased out the “Ontario Clean Energy Benefit,” which in recent years has reduced electricity bills by 10 percent.

To be fair, the “Debt Retirement Charge” is ending this month. A new program for low-income households, the “Ontario Electricity Support Program,” is also coming into effect. However, this program is application-based and means- tested. Many low-income households will likely miss out.

I have written previously about the Liberals’ mismanagement of the electricity sector in this space, as recently as last summer.

In that column, I explained some of the many factors are driving up the cost of power in Ontario: the Feed-in Tariff (FIT) contracts with wind and solar electricity generation companies, the politically-motivated decisions to cancel planned natural gas-fired generating stations in Oakville and Mississauga, new hydro transmission infrastructure, a “Debt Retirement Charge” that should have been paid off long ago, the practice of paying other jurisdictions to take our surplus power, and so on.

Another factor is the $2 billion spent on “Smart Meters,” which have failed to achieve their targets for conservation. Then there is the “Global Adjustment,” a confusing name masking yet another charge, making our electricity rates uncompetitive and costing us jobs.

Quantifying the long-term cost of the “Global Adjustment,” the Auditor General’s most recent report stated electricity ratepayers paid out $37 billion more than should have been necessary from 2006-14. We will be forced to pay an additional $133 billion more by 2032.

One group that should not be blamed for the high cost of electricity is our local hydro utilities. They are focused on efficient and effective community service, and do an outstanding job.

This past fall, the Wynne Government began their ill-considered sale of majority control of Hydro One, ignoring massive public opposition.

They refused to listen, and they actually boasted of the proceeds of the initial public offering of shares.

Ironically, the same week the price of the Hydro One shares was announced, Ontario’s new Financial Accountability Officer tabled a devastating report pointing out what we had been saying for months: that it was a bad deal, and the Liberals will be giving up hundreds of millions of dollars that Hydro One has transferred annually to the Government’s Consolidated Revenue Fund for many years.

This month, I am launching a petition to give electricity customers an easy way to speak out against ever higher hydro bills.

I am asking people who are concerned to contact our Riding Office at 1-800-265- 2366 or [email protected]. We will send you the petition, and ask that you circulate it to family, friends and co-workers. I will present the petitions which are returned in the Legislative Assembly of Ontario.

Help me make the point that the Government must reverse its current course on electricity policy.

Wellington-Halton Hills MPP Ted Arnott welcomes your comments. He can be reached at 1-800-265-2366. His website address is www.tedarnottmpp.com.