The Morriston Bypass Coalition has sent a letter to Premier Kathleen Wynne and her Ministers requesting that the Liberal government of Ontario proceed with funding for the bypass in the 2016 provincial budget. The document is signed by 21 local political and business leaders (see the actual PDF file at the bottom for the list of signatories)

Re: Funding of the Morriston Bypass Highway Infrastructure Project in 2016

On behalf of all members of the Morriston Bypass business and economic development coalition, we want to thank you for the opportunity to meet several times with your government over the past two years to share information on the importance of proceeding with funding for the Morriston Bypass in the 2016 provincial budget.

While the public safety and economic arguments in favour of the bypass have been shared with successive provincial governments, the opportunity to come together as a business group and provide solid, up-to-date evidence of the regional economic and trade benefits of this critical piece of highway infrastructure, has been gratifying. From our first visit to Queen’s park in June 2014, to Minister Del Duca’s visit to Guelph/Morriston in July 2015, we have valued every encouraging conversation with elected officials, senior bureaucrats and staff.

As you now prepare the 2016 provincial budget, and in light of the strong commitment of the Trudeau government to help cost share such vital infrastructure projects, we trust we can count on a positive decision and the opportunity to express our public support for it. We remain available for any questions you may have. 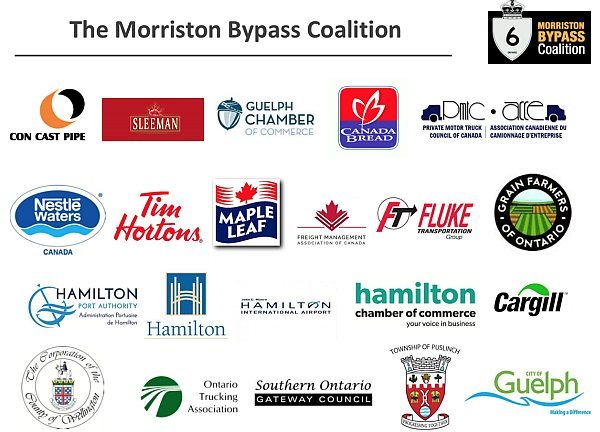 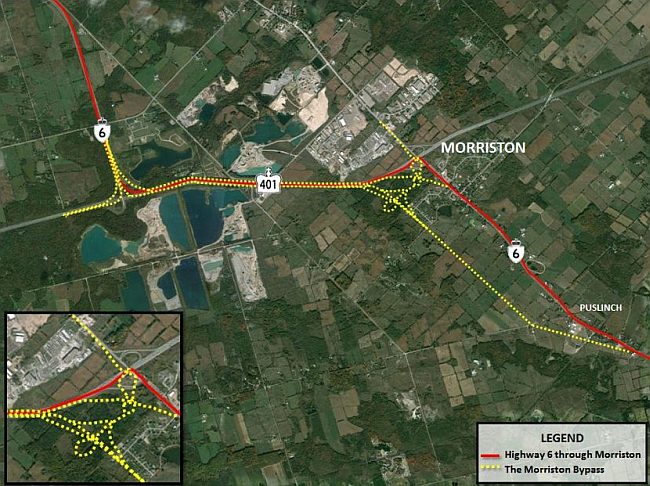 Proposed Morriston Bypass. (This image was not included in the letter to the premier, it is included here as a reference for readers of puslinchToday). Image src: click here.