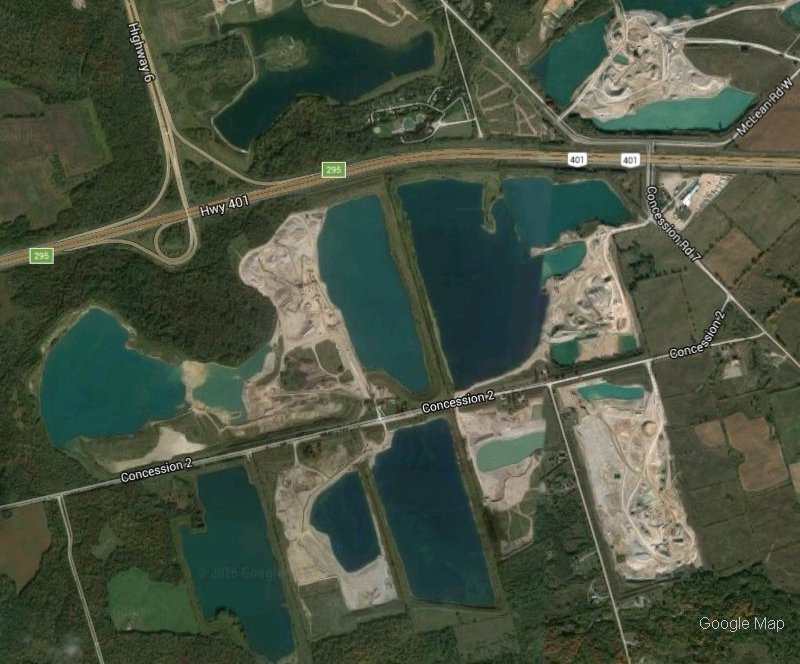 Google Maps view of ‘Pit Row’ in Puslinch. Click for larger view.
March 29th was a very newsworthy day for me. It was the day we had many prominent local and provincial politicians holding a news conference at the PCC announcing funding for the Morriston Bypass. It was also the day I finally had enough of the dangerous mess on Concession 2 and Concession 7 created by the CBM Lanci Gravel Pit operation. The Lanci Pit is located in what I like to call ‘Pit Row’ at the east end of Concession 2.

On my way to the press conference I took my usual route to Timmies to pick up a coffee and ended up, as usual, behind a large, fully loaded gravel truck that just exited the Lanci Pit on the South side of Concession 2. This particular truck was spewing egregious amounts of dust and dirt which luckily forced me to stay well back from it. On a normal day the trucks and pits on Pit Row spill an incredible amount of gravel and dirt on the road but on this day, a literal haboob of dirt was coming off this truck. I could not see past the truck in the oncoming lane due the dust cloud.

As I was driving well back I had the opportunity, luck and good fortune to miss every single ROCK the truck dropped onto the road. Not gravel, ROCK. This truck (and to be fair, I’m assuming other trucks too) were dropping 4-6 inch rocks along the roadway. They were scattered down concession 2 and up concession 7 over the 401 (see images below). As I was driving and on a schedule I decided against grabbing my camera and taking pictures.

After the press conference was over I came back and photographed the scene. I took pictures of not only the rocks on the road but also the complete coverage of Concession 2 with dirt and gravel in front of the Lanci Pit. If it’s not overly clear in the images, the Eastbound lanes were completely covered in mud and gravel. I’m fairly certain that the Pit’s license forbids the spilling of ANY material outside of the pit and I was really shocked to see both the size and quantity of the rocks along the road. I could not understand how rocks this large were leaving the pits and dropping on the road so I decided to call CBM and talk to them about the consistently poor road conditions along Pit Row and what could be done about it. 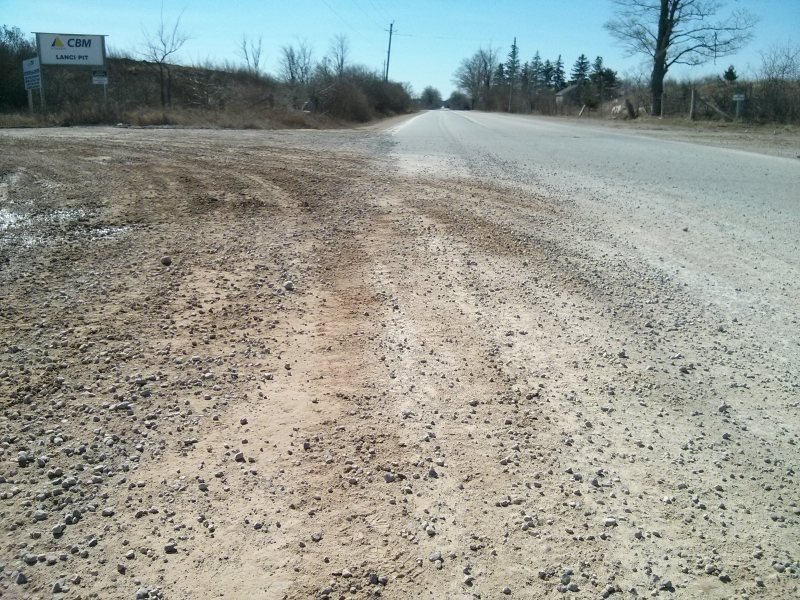 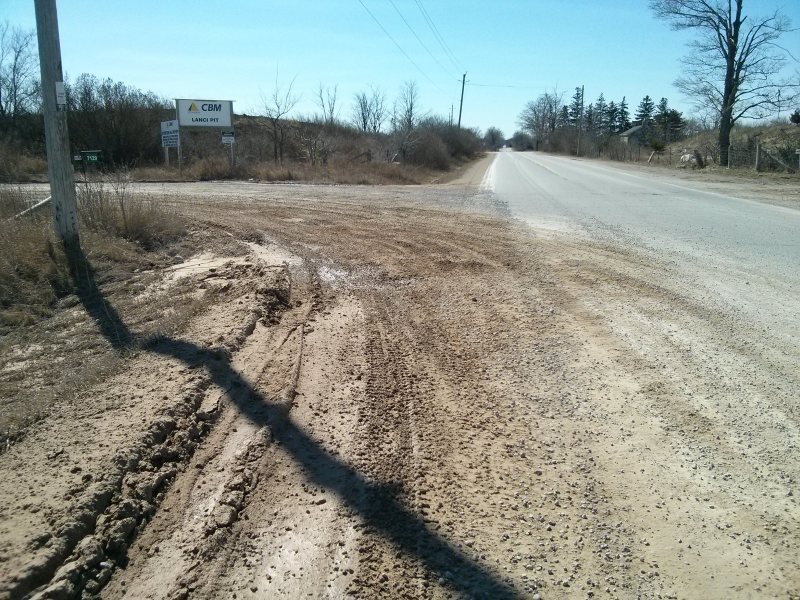 A Conversation with CBM (vcimentos.com)

I was really impressed with the conversation I had with a representative from CBM. I emailed a quick note with some pictures to the customer service address from their website ([email protected]​​​​​) and got a quick response asking to set up a time for a call to discuss the issues from “David Hanratty, North American Aggregates, Director of Land & Resources”. He took the time to discuss the issues and how they will deal with them, thanked me for letting him know and subsequently followed up with an email detailing how they will follow up.

Here is a brief synopsis of the issues I raised and how My. Hanratty responded to each. 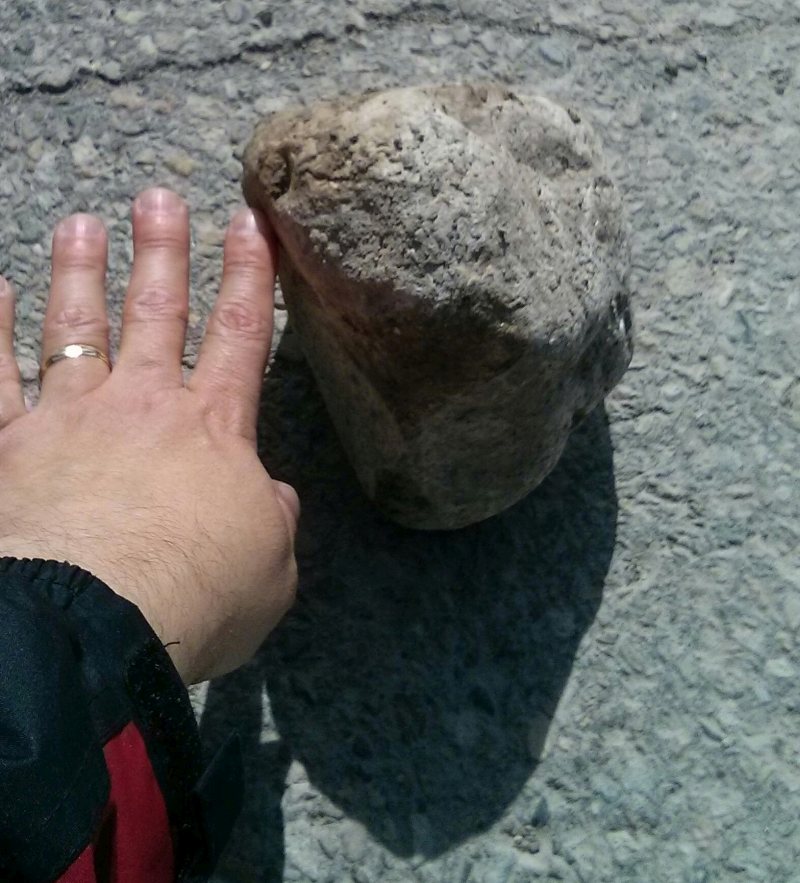 Rock on Concession 2, ‘Pit Row’ in Puslinch. Click for larger view.
I’d like to express my gratitude to Mr. Hanratty for taking the time to not only talk with me, but to follow up on the issues in subsequent emails.

What I take away from all of this: