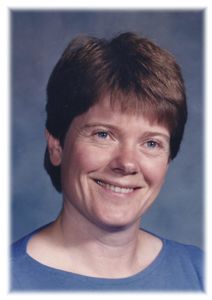 BAIN, Vida Ruth (nee Seifert) – Died in Guelph General Hospital on Sunday April 10, 2016, at the age of 68. Born in Winnipeg, MB, to the late Herbert Arthur Seifert and the late Ruth Louise (Nilson) Seifert on November 7, 1947, as a child she moved with her family to Sudbury, ON. Following completion of secondary school in Sudbury, she attended McMaster University in Hamilton, ON, from which she graduated with a degree in history.

Vi had three siblings, Kathy Backler (Tony) in Fonthill, ON, Pat Stotland (Richard Seale) in Montreal, QC, and Keith Seifert (Charlene Hogan) in Stittsville, ON. She had four nieces and two nephews. (Carole Backler, Jennifer Backler, Elizabeth Backler, Jennifer Stotland, Paul Backler, and Lee Stotland.) In 1969, in Sudbury, Vi married Colin Bain of Buckinghamshire, England, whom she had met at McMaster. They enjoyed almost forty-seven years of wedded happiness together. From 1974 to 2001, Vi taught in both the elementary and secondary schools of the Halton District School District in Oakville, Brookville, and Burlington, ON.

Vi embraced many hobbies and pastimes. She loved to cook, do puzzles, play cards, walk, bicycle, cross-country ski, sew, and read. She enjoyed fine Scotch whisky, and the summer cottage she and Colin owned on Manitoulin Island. But her favourite activity was gardening. On their property in Morriston, near Guelph, where they lived 1973-2015, Vi developed a fantastic flower garden. On more than one occasion, passing motorists stopped to request a guided tour. Vi also liked to travel. She and Colin visited over twenty countries, making life-long friends in some of them.

In February 2014, Vi was diagnosed with Alzheimer’s disease. She dealt with the diagnosis stoically and accepted the relatively quick decline in her cognitive functioning. Instead of flowers, mourners are encouraged to donate to the Alzheimer’s Society or Ontario Nature. Thanks to the caring staffs of the Village of Arbour Trails and Guelph General Hospital. Both institutions made the last year of Vi’s life comfortable and secure. A celebration of Vi’s life will take place at Morriston United Church on Tuesday April 26, 2016, at 11:00 a.m. Rev. Deborah Deavu will officiate. Arrangements entrusted to the WALL-CUSTANCE FUNERAL HOME & CHAPEL, 519-822-0051 or www.wallcustance.com.

A tree will be planted in memory of Vida R. Bain in the Wall-Custance Memorial Forest, University of Guelph Arboretum. Dedication service, Sunday, September 18, 2016 at 2:30 pm.