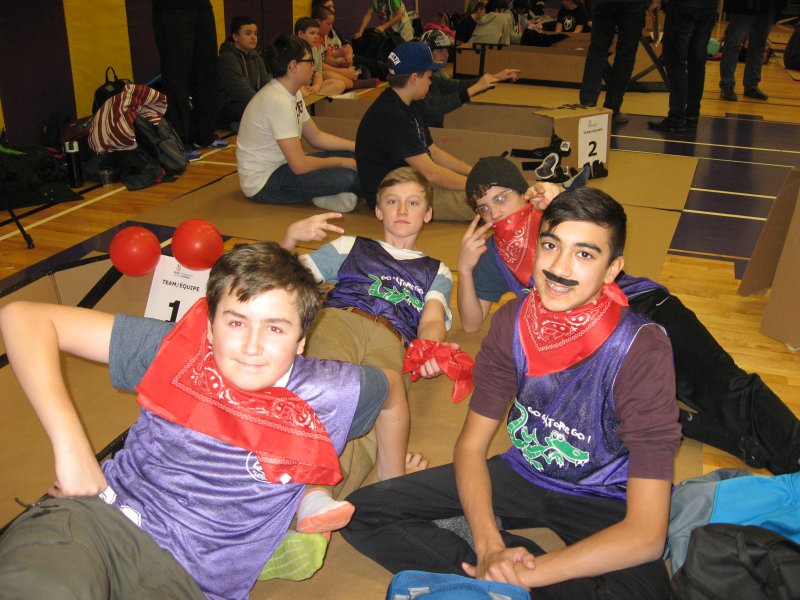 On Thursday February 4th, Skills Canada held the Guelph Cardboard Boat Races at the Centennial CVI High School. Over 140 intermediate students gathered to compete in the Upper Grand District School Board and Wellington Catholic District School Board, all of which were eager to show their school spirit and skills in a race and weight challenge.

Teams had to create a boat that would float for at least a minute and a half, using only assigned materials. With only two hours to build on a crowded gym floor, and only two 4’ by 8’ sheets of ¼” corrugated cardboard, one roll of 48mm x 54m of duct tape and 16oz Swift®tak aqueous adhesive, everyone got right to work.

After the duration of the build portion, the real contest began, starting with the the speed challenge. Thirty-five teams lined up in heats of four, and attempted to sail their boats through the water. It was either sink or swim, and the fastest team to cross the pool was able to do it in just over 17 seconds! When the bow of the boat touched the end, for the teams that made it across, the weight portion immediately started, requiring teams to sit in their boat for as long as possible adding another team member without sinking every ninety seconds. Aberfoyle Team B dominated the field holding a grand total of 512 lbs, but only half of the record weight ever held by this age group.

Run by Skills Canada, this competition was a contest that required teams to work together in small groups, and using essential skills, build the best boat they possibly could. The top three winning teams were 1) Aberfoyle Public School Team B, 2) Erin Public School Team B, 3) Aberfoyle Public School Team A. Each one of these teams worked extremely hard, and on Aberfoyle’s behalf, spent many hours practicing and preparing for the big day. These teams, because of their hard work, will be moving on to the 2016 Provincial Championships, where again, approximately thirty-five teams will compete for the gold medal. 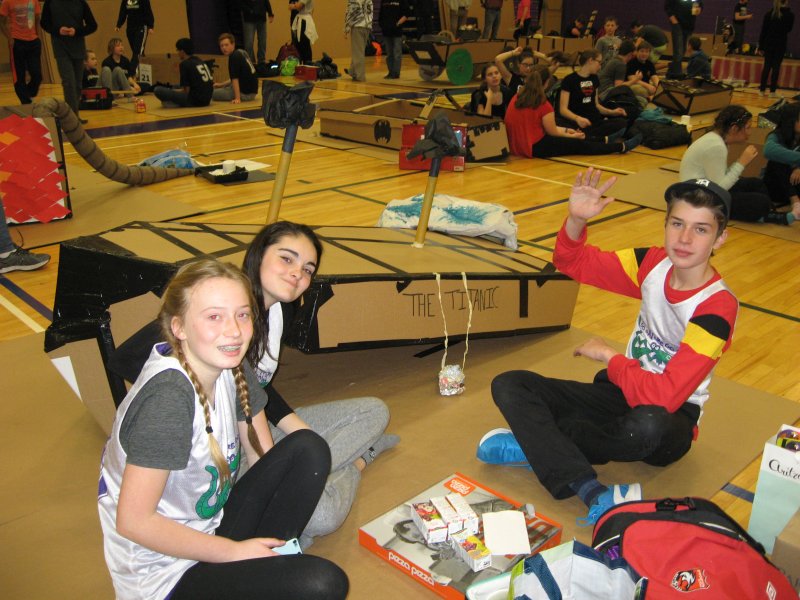 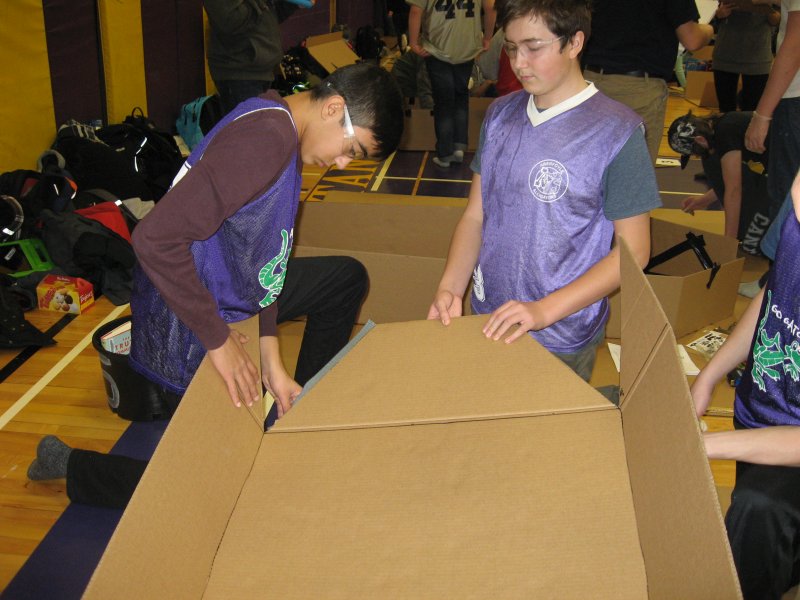