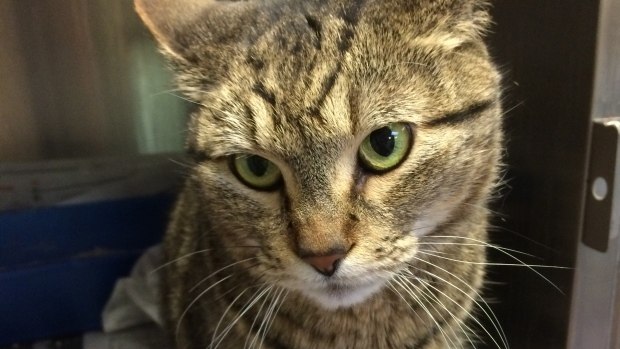 BooBoo went missing in Watsonville in California in 2013 and was found as a stray in Puslinch Township mid March. (Guelph Humane Society)

A Guelph real estate agent appears to have solved the mystery of how BooBoo the cat ended up in Morriston, Ont., more than 4,000 kilometres from her home in Watsonville, California and nearly four years after her disappearance.

Corie Fisher, of Coldwell Banker, says she heard BooBoo’s story while listening to CBC radio on March 28 and called in the next day with an explanation of what she believes happened.

The six-year-old tabby was found as a stray in Morriston and brought to the Guelph Humane Society on March 17. It was there a microchip scan revealed BooBoo’s past.

When the humane society contacted her original owners in California, a happy reunion followed. The story made international headlines.

But how did BooBoo end up in Morriston?