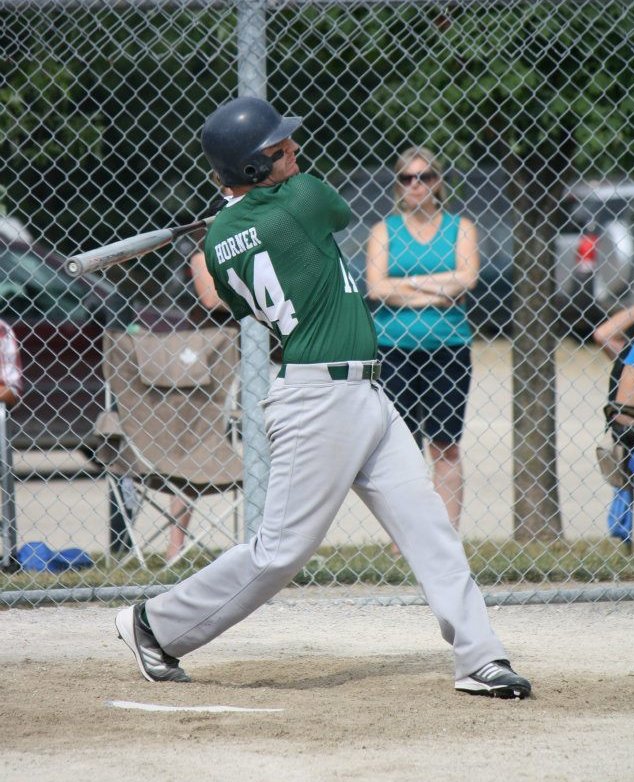 The Puslinch Kodiaks participated in their first tournament of the year last weekend in Niagara Falls. Their first game was against a familiar foe, as they took on the Hamilton Pirates, a team in the Golden Horseshoe League. The Kodiaks came out on top, with Erik Rasmussen picking up the win on the mound. Their second game saw them take on another team from their own league, the Niagara Dawgs, who they haven’t seen this year. The offense took off with a GIGANTIC first inning, seeing all nine of their first batters reach base, and come around to score. From their, the Kodiaks went on to mercy the Dawgs in three innings, with Scott Gordon picking up the win on the mound.

Game three saw the Kodiaks take on the team from Oshweken, a team the Kodiaks have seen in years past, and a team who always hits the ball well. Both teams offenses came to play, but the Oshweken’s bats were to much to handle for the Kodiaks, and they eventually lost, putting them into the “B” division for Sunday.

On Sunday morning the Kodiaks took on Oshawa to see who would advance to the B final. A close game once again, the Kodiaks couldn’t muster up much of the offense that they had seen the day before, and that eventually led to a 3-1 loss. The team came away from the weekend on a very positive note however, as the Kodiaks played a clean and upbeat style all weekend, and look geared for a big year ahead.

On Monday night, Puslinch was right back at it for league play, making the trip to Hamilton to play the Pirates, for the third time already this year. The Kodiaks only had 9 players available for the game, including just one pitcher, David Jefferson. The game was a close one all the way into the 5th inning, when the Kodiaks bats woke up, and they took a commanding lead in the game, before eventually winning the game by mercy in the 6th inning with a 11-4 victory. David Jefferson came away with his first win of the season, and the offense was led by a Matt Haines home run, and a Erik Horner inside the park home run.

On Thursday night, the Kodiaks traveled to Milgrove to take on the Waterdown Hammer team. Troy Cox started the game, and after a shaky start, settled in to pitch 5 innings, before exiting the game one batter into the 6th. David Jefferson took over from there, and the two teams went into the 7th and final inning tied at a score of 5-5. From there the Kodiaks put together a bunch of singles and capitalized with 5 runs to take a 10-5 lead. David Jefferson gave up a couple runs in the top of the seventh, but closed out the game for his second win of the season and week. On the offensive side of the ball, Brian Jefferson, John Blair, and Jordan Duffield all contributed three hits on the night to lead the offense.

The Kodiaks have the weekend off, before starting another busy stretch starting next week. They will travel down to Niagara Falls for a double header on Wednesday night, and then head to Milgrove on Thursday to take on the Dawgs, and then will take part in their second tournament of the year on the weekend, with a trip to Mitchell.