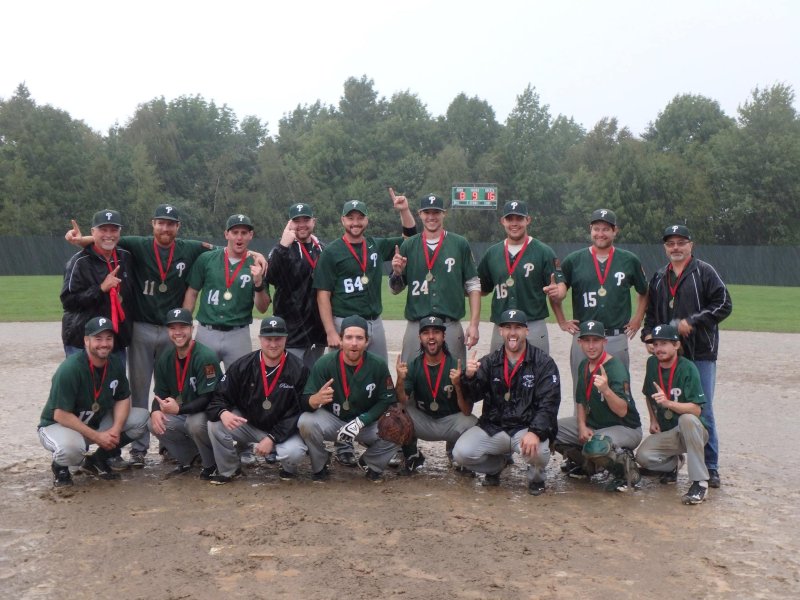 Because of their success they were approached this off season by the manager of the Ontario Under 22 men’s fastball team. The manager had taken notice of Puslinch there past few years, and wanted to set up some exhibition games against the Kodiaks, in order to prepare their team (which is made up of players from around the province) for the National tournament.

The Puslinch ball team was excited at the possibility of playing against this high level team, as they knew it would be a great challenge. However the biggest excitement level was the opportunity to play those games, at home in Aberfoyle. It’s not very often that we get to host this kind of high level teams in Aberfoyle, and the idea of being able to play in front of Puslinch friends and family was an easy decision to make.

The games will take place on July 22nd, at 3 pm and 5 pm at the Aberfoyle Ball Park. The Under 22 teams will also be running a practice before hand, as it will be their first time having every single player who will be travelling to nationals on the same ball diamond. Of course, there is no charge fir coming out to watch any of the practice or games.

The game has garnered some attention on fastball website’s in the area, and we’re hoping to fill the stands for the games. This is a great chance to see some of the best young talent in the country, and we’d love any and all support.