Rack of lamb is a prime cut between the shoulders and the loin. The muscles don’t have to work as hard in this area which makes the cut very tender. 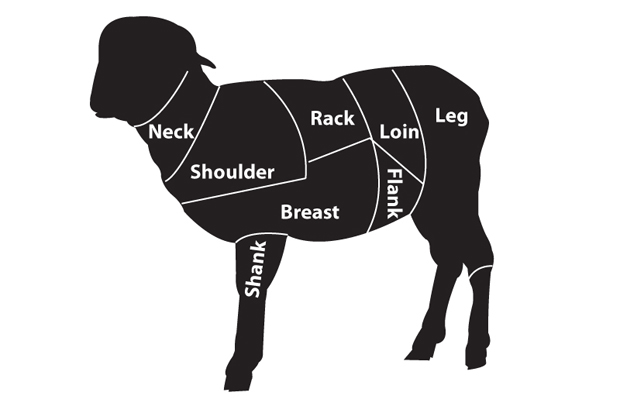 Meaty and easy to prepare, the cut is roasted whole (either 16 ribs for a full rack or 8 ribs for half rack) and brought to the table in its complete form for cutting into chops and serving.

A typical rack of lamb is served with the trimmed bone ends protruding referred to as French trimmed. The tips of the bones are sometimes decorated with paper frills called manchettes.

Rack of lamb is a popular cut in many regions of the world, with just as many ways to prepare it. And it’s by far, one of our favourite Sunday dinners. At Valensbrae though, there are no manchettes! 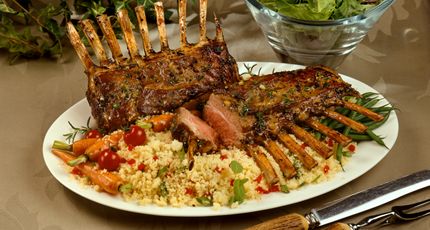 Preheat oven to 450 degrees F (230 degrees C). The oven rack should be in the centre position.

Season the rack all over with salt and pepper.

Heat 2 tablespoons olive oil in a large heavy oven proof skillet over high heat. Sear rack of lamb for 1 to 2 minutes on all sides. Set aside for a few minutes. Brush rack of lamb with the mustard. Roll in the bread crumb mixture until evenly coated. Cover the ends of the bones with foil to prevent charring. Arrange the rack bone side down in the skillet.

Roast the lamb in preheated oven for 12 to 18 minutes, depending on the degree of doneness you want.

With a meat thermometer, take a reading in the center of the meat after 10 to 12 minutes and remove the meat, or let it cook longer, to your taste. Let it rest for 5 to 7 minutes, loosely covered, before carving between the ribs.

FOOTNOTE: Allow internal temperature to be 5 to 10 degrees less than you like because the meat will continue to cook while it sits.