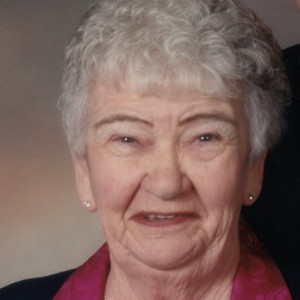 
Peacefully at Hospice Wellington surrounded by her loving family on Thursday, December 14, 2017. Geri Winer, in her 88th year, beloved wife of the late Stanley Winer for 57 years. Cherished mother of Doug (Deborah) of Guelph; Pat Fleming of Fergus and Ken (Lorena) of Guelph. Proud Grandmother of Jason (Melissa) Fleming; Justin (Tracey) Fleming; Kyra; Brent; Lisa; and Joseph Winer and their mother Patty. Great Grandmother of Brooklyn and Jacob and Alexandra Fleming. Dear sister in law of Joan Daly of Guelph; Ann Daly of Maynooth; Len Slaunwhite of Port Severn; Evelyn Winer of Puslinch, Shirley Winer of Guelph; and Joe and Barb Winer of Flamborough and cousin Moyra Haney of Toronto. Predeceased by brothers Don and Alan Daly and in laws Mildred Slaunwhite; Roy Winer; Alan and Helen Stewart; Jack Winer; and her parents, Russell and Reta Daly. Fondly remembered by many nieces, nephews and friends.

Resting at the Gilbert MacIntyre and Son Funeral Home, 1099 Gordon Street, Guelph. Visitation will be on Tuesday, December 19, 2017 from 7:00 to 9:00 P.M and Wednesday, December 20, 2017 from 10:00 until 11:00 a.m., followed by the memorial service in the Hart Chapel at 11:00 a.m. A private family interment will take place at Our Lady Immaculate Mausoleum. As expressions of sympathy, donations to Hospice Wellington or to the Foundation of Guelph General Hospital would be appreciated. Cards are available at the Funeral Home, (519 821-5077), or send condolences to www.gilbertmacintyreandson.com.