I’ve been entertaining with finger food since I graduated from University and moved away from home. My mother was well known for her dinner parties and her expertise delighting her guests with absolutely amazing flavours. That’s where I got my love of feeding people from. Thanks Mom.

Over the decades I have a few go-to appetizers that without fail bring on wide eyed wonder and exclamations of joy over the flavours. And usually a request for the recipe. Not one of these is my recipe. Instead they are the recipes that I asked for from my hosts on along the trail of holiday parties attended in the last 40 or so years.

When I moved to Toronto Harbourfront in the 90’s I started a tradition of having an open house the Saturday before Christmas. I wanted to create a holiday haven for all my friends who were doing their last minute Christmas gift and grocery shopping. Everyone was welcome to drop in and enjoy some cocktails and yummies so they wouldn’t have to worry about feeding themselves that day. I remember one fellow who, let’s call him Mark (his name was Mark) and every year he would rave up and down three ways to Sunday how much he LOVED my meatballs. I would always smile and secretly think “if he only knew.” This is one of my most requested and easiest to make recipes. My best friend’s son says when his Mom makes it, it doesn’t taste the same – but there’s only three ingredients, how can that be?! TIP: The secret here is the BBQ sauce. It must be PC Gourmet BBQ sauce. 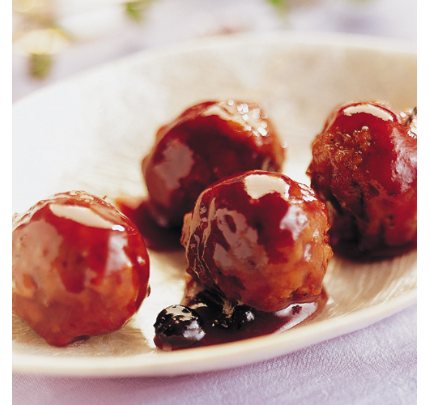 We moved to Puslinch in 2007 and one of the first places I discovered was our local library. It was in the old building then and there was always a stack of magazines right by the front door. Right on top was Canadian Living featuring 50 Easy Holiday Appetizers, which in fact was ten appetizers made five different ways. I can’t remember if the magazines were able to be loaned out or not, but one way or another I took it home and photo copied all the pages. It lives in a drawer in my kitchen for easy access. And it’s still there years later, as is my respect and fondness for the librarian who let me take it home. I’ve already made this three times this year and it never disappoints. Everyone wants to know what’s in it. The recipe links to the Classic version of Cocktail Sauce.

To make the Mediterranean version add the following ingredients: 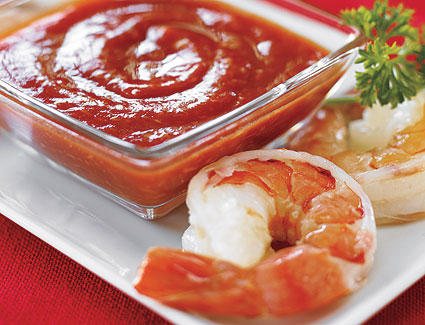 Being Latvian means I was weaned on devilled eggs. Growing up it would be a rare occasion when there wasn’t devilled eggs on the table. I ended up marrying a lovely guy who has a passion for deviled eggs as much as I do. In fact he cannot be trusted with them before a party begins. I remember once when we lived in Toronto (the 90’s again) we arrived at a Christmas party a wee bit early. The hostess plunked us down at the kitchen table and continued to prep for the evening. She had already made all the devilled eggs. Her mistake? They were on the kitchen table. Much to her chagrin, though she never showed it, most of them were gone by the time the remainder of the guests showed up. I swear I only had a few! TIP: Don’t use a fork to mash your egg yolks – press them through a sieve – you will end up with a much smoother and fluffier yolk for the mix. 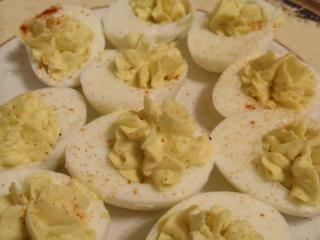 One of my very best friends, let’s call her Sharie (her name is Sharie), is an absolutely amazing cook and when she and her husband Ron lived in Mississauga they had an annual Christmas party that included a beautiful spread full of tasty bites. Every. Single Bite. We looked forward to that night every year. A couple of years ago Sharie and Ron were bitten by the rural bug just like we were (lots of bugs in the country lol) and moved to a land “Far Far Away” called Elora. If you used to live in the GTA and now live here you may know that getting people to come and visit you instead of vice versa is like pulling teeth, so the Christmas Party has morphed into dinner for four. Now if I want this delectable mini sandwich I make it myself. TIP: To make it even more easy peasy, forgo making the mustard sauce and just serve it with The Keg Steakhouse BBQ Sauce and a dish of horseradish as well. 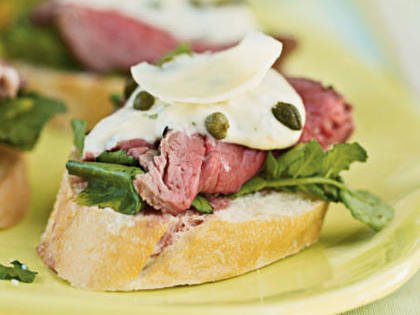 I’ve saved the best for last. Yes, this is the easiest way to WOW your guests or bring to a potluck. You will be the hit of the party and you will be asked for the recipe. The best part – it’s one of those recipes everyone thinks you slaved over but it is soooo easy! The second best part? You can make oodles of these ahead of time and freeze them for the holidays. This was also a fan favourite at Sharie and Ron’s soiree. She sent me the link for the recipe which I am grateful to have printed up. It’s no longer available on line, but here’s the recipe. You’re welcome.

To freeze: Place cooled canapes in a single layer on a cookie sheet and freeze. Transfer to an airtight bag or container. To reheat: heat frozen canapes at 350F (180C) five minutes or until hot.

Merry Christmas and Happy Holidays to everyone. And especially Bon Apetit!