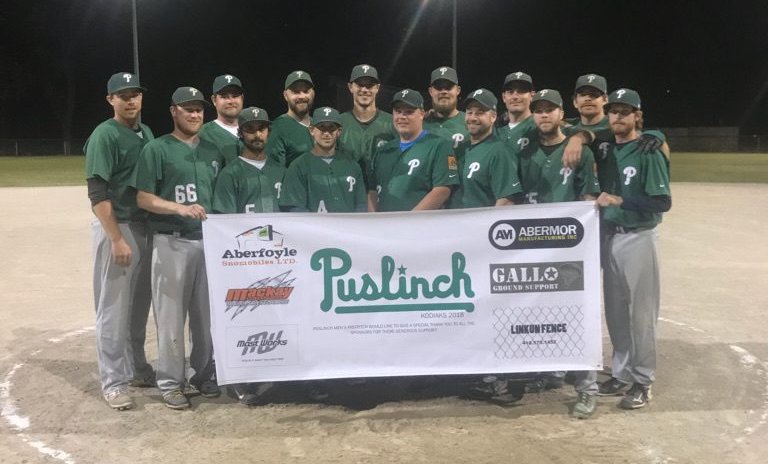 The Puslinch Kodiaks have been selected to participate in the International Softball Congress Men’s World Fastball Tournament, which is taking place from August 11-18th in Kitchener. This will be Puslinch’s second time attending this tournament, the last time being in 2014, which was also held in Kitchener, Ontario.

There is also the possibility if the Kodiaks lose two of their first three games, they will then be place into the tier two division of the tournament, which will run at the same time during the August 11-18 week.

The Kodiaks have 3 games this week to get ready for the tournament. The first being in Puslinch (the game is being played at the old Morriston Ball Park) on Tuesday August 7 at 8:30 pm. On Wednesday they will travel to Niagara Falls for a game, and Thursday they will be in Milgrove for a 7 o’clock game against Waterdown.

To see the complete bracket for the Tier 1 Tournament, you can follow this link: http://www.iscfastpitch.com/pdf/isc.world.touranment.bracket.pdf