A lot of people have asked me lately, are Guelph’s home prices up or down? Guelph home prices took a slight dip in the late spring to early summer but the trend isn’t expected to last long, thanks to solid economic projections. Ontarians can expect to see “moderate” increases in home prices driven by the improving economy and the balance between supply and demand, predicted the Canada Mortgage and Housing Corp. in a report on Ontario’s housing released recently.

Ted Tsiakopoulos, a CMHC economist, said, “Home prices are plateauing and are expected to grow along a more sustainable linear path supported by continued economy growth, moderate increases in interest rates and only modest increases in new housing supply.”

However, the price increases outlined in the report will likely stabilize the market and cause fewer bidding wars, meaning prospective buyers will be afforded more time to make an informed decision because they will feel less urgency to make offers. On the flip side, CMHC said homeowners may see their properties sit on the market for longer than usual. Tsiakopoulos said the current price correction Ontario is seeing fails to fully resemble historical price bust periods, so it will likely not persist.

“It is also important not to paint the entire Ontario market with one brush,” CMHC’s report said. “More affordable segments of the market will outperform as will more affordable urban centers in eastern and southern Ontario as GTA prices resume growth.” Guelph is one such market.

The city of Guelph had 177 MLS sales in August which is exactly what we had in August 2017. The year to date sales for Guelph however were still down 15%. The average sale price for Guelph homes in August was $499,750 which is an 8% increase from last year. The amount of active listings at month’s end was 235. That represents approximately 1.5 months of inventory. This is not a lot of homes for sale but new listings should start to appear in mid September.

The sales to list ratio for Guelph in August was 99.2%, meaning that that the number of homes that were listed and sold were approximately the same. The median days on market for Guelph listings was only 17 days. That’s very quick for August and indicates that the upward trend that we saw in July is continuing. At the same time, 33% of August sales were for full price or more. That’s another healthy stat which indicates that many sellers were able to attract multiple offers.

Buyers: While I expect the market to gradually heat up as we head into the fall selling season. There are currently some good buys to be found. Not having to compete with other buyers is still a possibility that may be harder to find in October/November.

Sellers: As soon as we get past back-to-school time the market should start to really get going. Mid September to end of November are looking good!

Dean Manton is Guelph and area’s real estate expert. Buying or selling, put Dean’s experience and market knowledge to work for you! 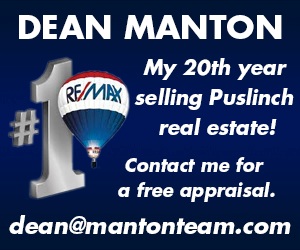