The popular Aberfoyle Potters’ Market has had to move to another location this year because of changes to the policies covering rentals of our Community Centre. Last year we were informed that we would be charged a commercial rate and that 50% of that rate would be needed one week after booking the date.

The change in the fee was fine as we are not a “registered” not for profit but take no “profit” other than the advertising and related expenses. As we had to book the date right after the sale to keep it consistent and coupled with the Aberfoyle Farmers’ Market Christmas Craft Show, the Township wanted approximately $1000.00 to hold for a year to hold the date.

We had no issues over the last three years that we rented the space and paid our fees accordingly on time and in full. I was a little taken aback but thought I would just explain the situation, and all would be understood. I sent emails to His Honour, the Mayor, outlining the issue and two councillors, J Sepulis and K. Roth. The Mayor did not answer; the assistant Nina Lecic replied to my emails to the two councillors. Ms. Lecic told me that there is a process for putting things to council and that I would be unable to present my problem to them for that week’s meeting.

The problem, of course, was that I did not have time to wait for the next meeting as I would have to pay out $1000.00 for the fee before then to reserve the space.

I did not receive any consideration with this issue. As a resident of Puslinch, I felt quite rudely treated and disturbed at the lack of courtesy that was shown to our predicament. They were asking us to give the Township $1000.00 in perpetuity! We would never get it back really. His Honour, the Mayor, even said of me in a council meeting that I was not even a resident. A friend sitting in the gallery was quite surprised by this obvious error, as was I.

The show this year has had to move to the Victoria Park East Golf Course on Victoria Rd under the new name of Guelph Potters’ Market Holiday Show.

I do feel that the Township was heavy handed with its policy and put an end to an event that was a net benefit to the business community as vendors and attendees used the restaurants, gas stations and other local businesses over the weekend. 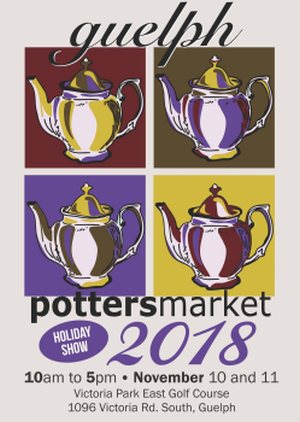 Letters to the editor are entirely the opinion of the submitter of the letter. PuslinchToday does not endorse or fact check these letters. PuslinchToday takes no responsibility for this content. Click here to send us your letter.