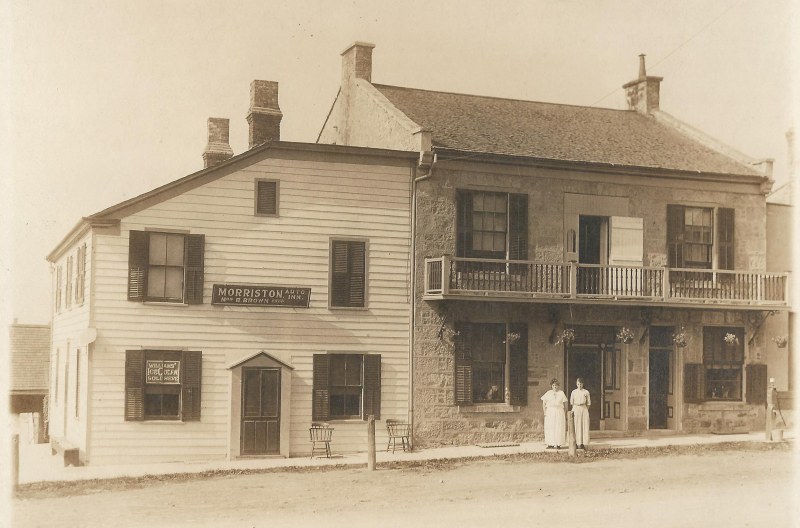 The Morriston Auto Inn c.1913.
On the left is the innkeeper Mary Brown (nee McGinnis).

This building was located on the site of what is now the Great Wall Restaurant and was demolished about 2010. The building that replaced it was Mikey’s Good Eats but it has been the Great Wall for a number of years now.

This photo was taken in its last years as a hotel in 1913. About 1914, it became “Westlake’s Confectionary”, which remained for many, many years, until its demolition.