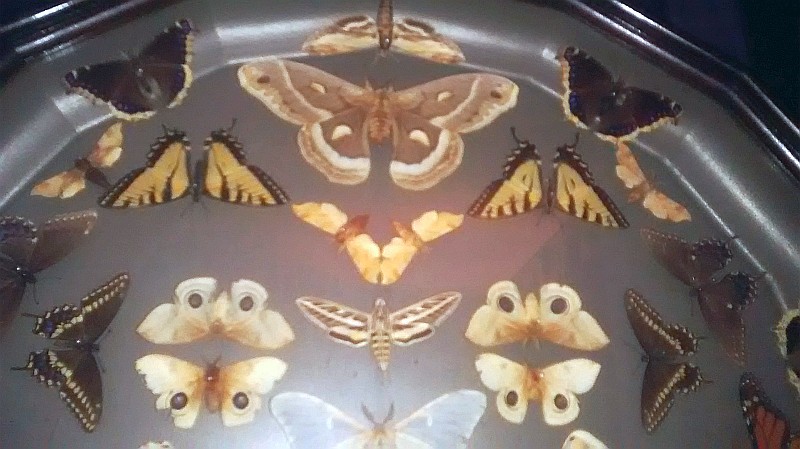 This beautiful collection of butterflies and moths was made more than 120 years ago by Frank Kistenmacher. It will be on display on April 16, 2019 7pm at the Puslinch Library for the Historical Society presentation on the “Houses of Victoria Street”. It will also be available for viewing at the Archives located in the library from 12 to 3pm on Saturdays until the end of May, excluding Easter, and Victoria Day. The collection is excellent condition and has been in the Tatum family for many years.

Frank Kistenmacher was born in Wittemberg,Germany in October 1825. After serving in the army, he emigrated to Puslinch, Ontario. In 1857, Frank married Hedwig Fischer. He lived and had his workshop at 4 Victoria Street in Morriston. Mr. Kistenmacher was a skilled cabinetmaker, a trade he loved to work at and of which he made a fine art. He used no machinery but his designs and the finished workmanship were magnificent. Many prominent citizens of Hamilton and Guelph sought him to make fine articles. He won awards at the Toronto Exhibition and Chicago World’s Fair. He also carved a 7 foot high wooden clock which told the changes of the moon and days of the month, as well as the time. He made his own coffin, very ornate and beautiful. He also made other coffins and his son eventually became the local undertaker. Frank died in 1896.

Mr. Kistenmacher was also fond of collecting moths and butterflies and setting them in frames. We have been very fortunate to be given permission to have this original hand made glass enclosed wooden case with an extraordinary collection of moths and butterflies on display locally. It is in excellent collection. Do take some time to view it. 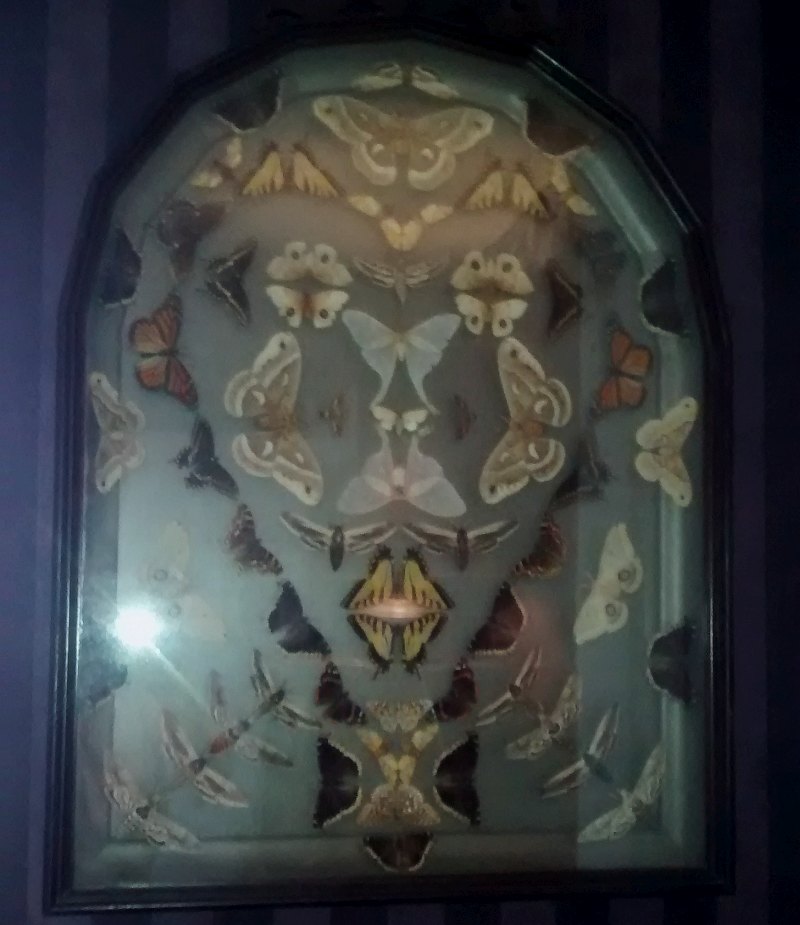 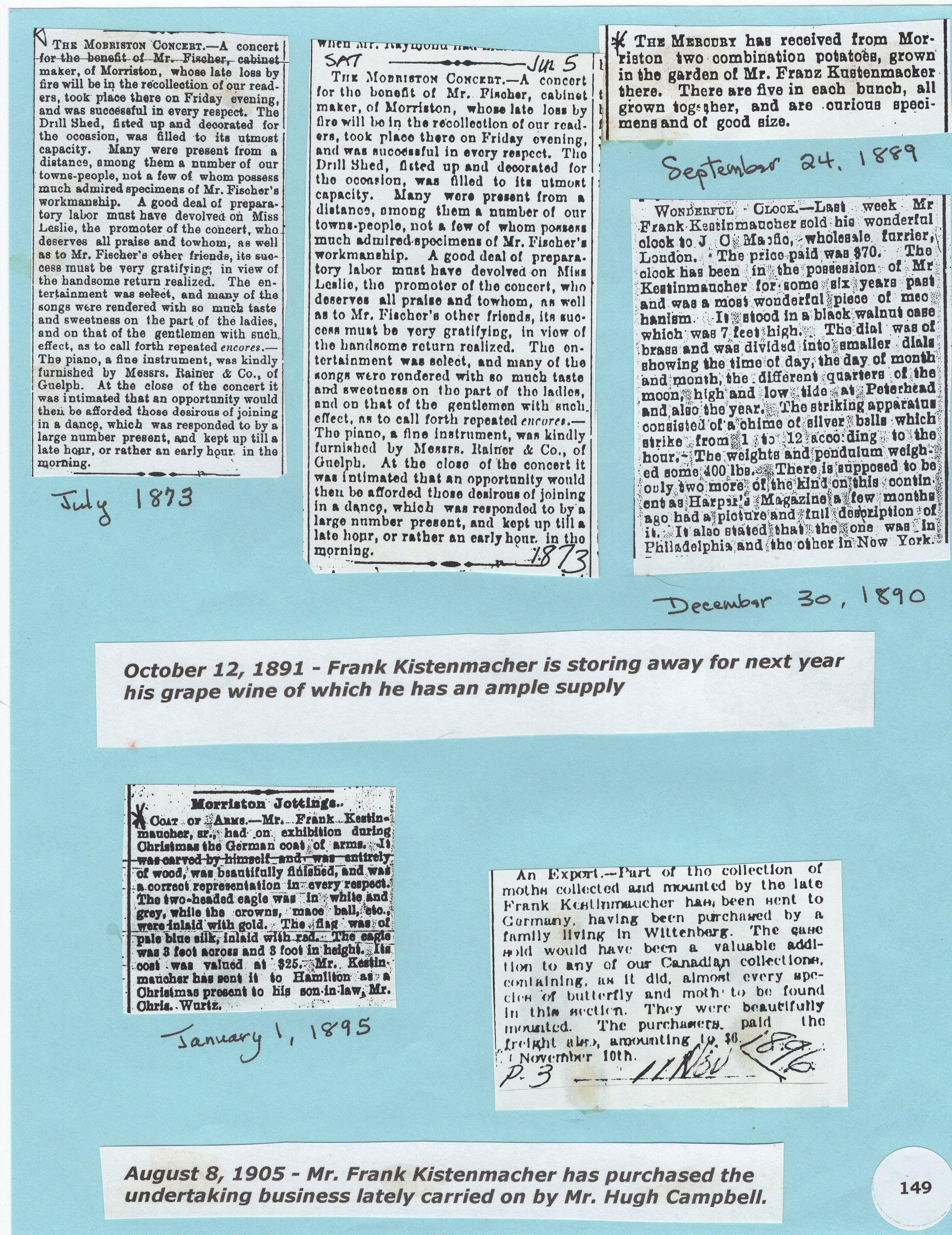