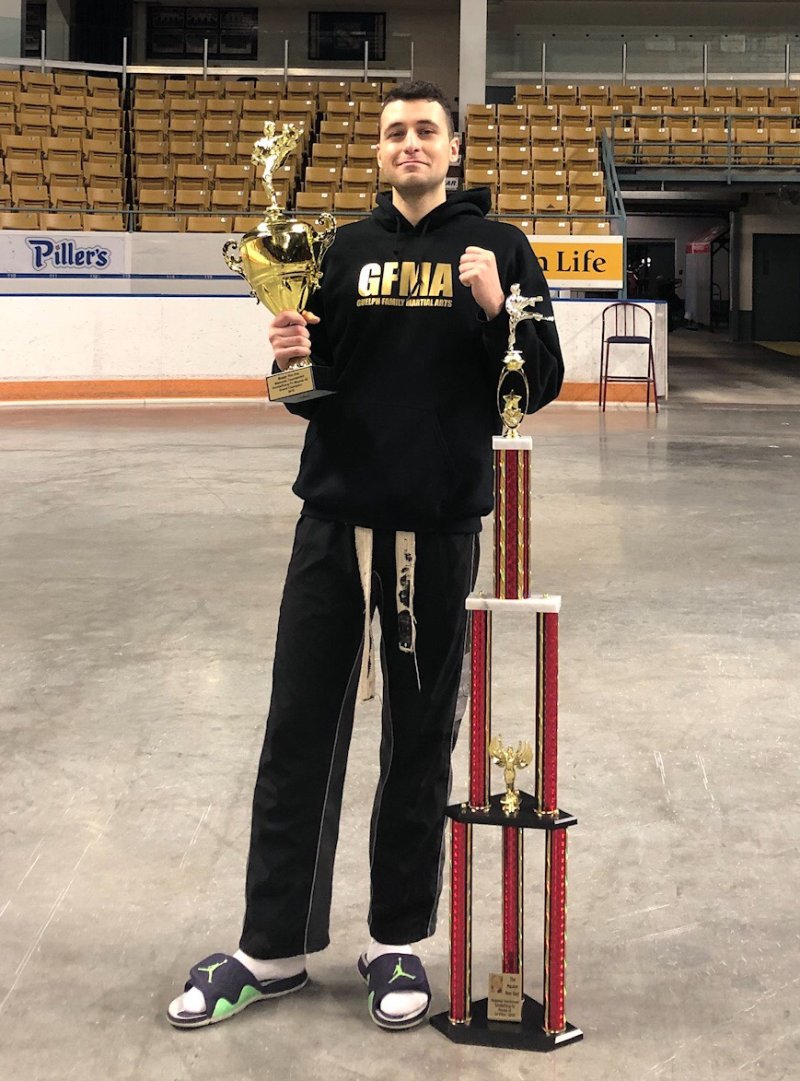 The fighting winners are all brought together to compete for the Overall Grand Champion title, the heavyweight, middleweight, lightweight and senior fighting first place winners all fight until one person is crowned the “overall all weight champion.” Skoufis fought the senior champion and then fought the heavyweight champion and was crowned the overall champion. He has now won the title for the sixth straight year at the Canadian Open Championships breaking a martial arts record in the process.

Nathan Skoufis said on the event “It was a great event that I enjoy competing in, it draws competitors from throughout North America. I am fortunate to have won my sixth straight overall grand champion title at the Canadian Open Championships. I believe that tournaments allow students of all ages to compete and test yourself against other martial artists. However, competing is not about winning first place it is about furthering yourself and being able to overcome obstacles in order to reach your goal. Competitions provide an opportunity to overcome self-doubt, fear and to facilitate personal development. Congratulations to everyone who participated in the event. Thank you again to the support from the entire community that I have received. Nothing makes me prouder than to represent this area.”