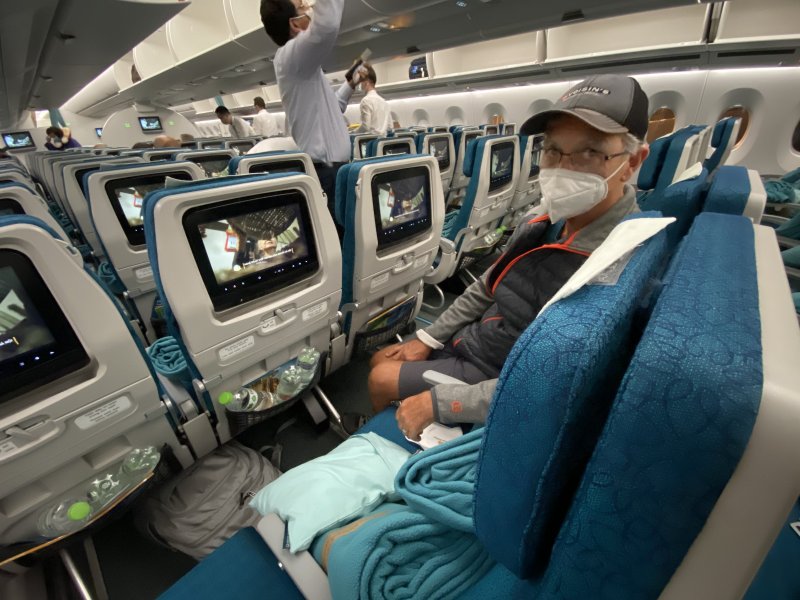 This “cargo” flight was much better than I thought it was going to be.

It is always interesting to me when I reread a former article at how quickly things can change for the better or worse. Also, how at the time those problems appear bigger than a month later.

So let me update you.

Shortly after writing my last letter we started to settle into what life might be like for us in Vietnam. I had taken a side gig of teaching English to a grade one student (they had been off since March 13th) and since the schools have readers and math books it was easy to do some Vietnamese as well. However, It was not easy until I developed a cheat sheet of how their vowels sounded compared to ours. I guess my pronunciation had become so good that my student “Na” tried to convince her grandma that I could speak Vietnamese. No, I couldn’t, but I did pick up some phrases. This did give everyone a good chuckle.

As I stated our hosts at “Sincerity hotel and Spa” were awesome. When we no longer could order take out we had access to an in-house chef and wait staff that we shared the cost of. We could stay here as the owners had a two bedroom apartment on site. Like most hotels in Vietnam, the front desk spoke English. This was a bonus for us as we tried to navigate our final passage home.

As luck would have it on April 25th, a flight was being offered by Vietnam Airlines, to repatriate their Vietnamese nationals from Canada. I immediately had a knot in my stomach as my dealings with this agency had been less than satisfactory. This route was exactly what we wanted, a straight flight of sixteen hours, no hub stop (this never happens as there is always a switch) and it would only have Vietnamese or Canadian peeps so “Covid free”. Downfalls were that at that point we did not know the price, two pieces of luggage would have to be shipped home (cost to ship $1000) and it may or may not stop in Toronto perhaps just Vancouver. I had learned to expect scant information from the Embassy but this time I was determined to be in control of what happened next. So after three days of email communication and surprisingly quite a few calls from the consular services (I guess we were high priority now, lol). This back and forth conversation lasted until we finally booked our flight on April 28th. On April 29th, we left Hoi An, to board a flight in Danang to catch our international flight in Hanoi. At this point I had made peace with the Canadian Embassy but it was still a surprise to be met at the airport by some of the staff. Thirteen hours later, three temperature checks, a thermal scan and having to show our QR code of our medical form twice, we were finally able to board our 3am “cargo” flight bound for Toronto with fifteen other Canadians and thirty flight crew. It was the first flight that I have never heard a person snore as we each had a full set of three seats to ourselves!

Some of the differences travelling this time vs trying to come back to Canada on the Mar. 24th were:

Landing in Toronto gave me mixed feelings. Even though I was glad to be home, the whole country of Vietnam was opening up because there had been zero community transmissions of Covid for eight days. As a tourist we could have started to safely travel again. It also didn’t help that we left warmth and sun (31C) and touched down with rain and cold (10C). Not a very nice welcome home.

My Canadian friends had already given me the run down on what to expect with regards, to our reentry into Ontario. Honestly I was really worried about picking up Covid in the airport so we were back to wearing gloves and masks at all times. As with many government regulations what is supposed to happen is often not fully understood at the other end. The whole thing about having a plan was exactly that. I was asked “do you have a plan” my answer “yes”. That was it! No one asked me what it was or even checked my sheet. I was so disappointed. I thought to myself “shouldn’t someone be more thorough after all I was coming from an Asian country”. I was given a glossy sheet with instructions about self isolating and then walked on to customs with my passport for reentry to Canada. I was very happy to see these employees covered from head to toe in PPE. Then off to clear customs where I was asked several questions including did I live with someone vulnerable. The whole adventure took thirty minutes.Then like the other fifteen Canadians before me we all stopped to get a Tim’s coffee. I was taken back as only one employee was wearing gloves and neither had a mask on. At that time, the number was sixteen thousand and I said, now I understand why. Next step, was to wait for a call from public health. I didn’t realize it at the time but I did receive a call three days later from an unknown number that left a message stating “this is the government of Canada calling”. I can remember saying at the time “Oh great, day three and the scam calls have started”. So I did what everyone else does, “I blocked the caller”. I was surprised on day ten, when I had a visit from an OPP officer. It was at this point that I found out that the unknown call was from the “public health” I explained to her about the call that I had received. Then we chit chatted about other things, including the fact that she use to live on the Nassagaweya Line and how she missed this area. After about thirty minutes we both went on our way. I was not surprised to read online about the 2200 visits that the police officers had to make because like me they probably blocked the call.

Some people say that Vietnam numbers are not true. You be the judge on that. As on the same day, an international group of fifteen engineers were landing via a private jet at the Van Don international airport in Vietnam. Once off the plane they were subjected to a Covid test and escorted to a local hotel to do their mandatory fourteen day isolation. In addition, each patient needed a document signed by their doctor stating that they were Covid free. It just so happens that one of the passengers tested positive while in isolation.The country didn’t need to worry as none of the travellers had been allowed to mix with anyone else at that point. Henceforth on June 2nd, Vietnam Covid cases 328 for 97 million people vs Canada Covid cases 92,390 for 37 million people.

As a recent newspaper indicated not all Canadians are self isolating. Just to let you know my moral compass made me stay put for the entire fourteen days.

Now I wish I could say that next year, I would write more when I travel back to Vietnam (or elsewhere) but just like many other travellers I too, am in limbo. Questions that come to mind are:

As you can see many questions and not enough decision makers with enough answers, yet.

Once again thank you to everyone who I have met or talked to in the last couple of days that has said, “when are you writing your next article?” 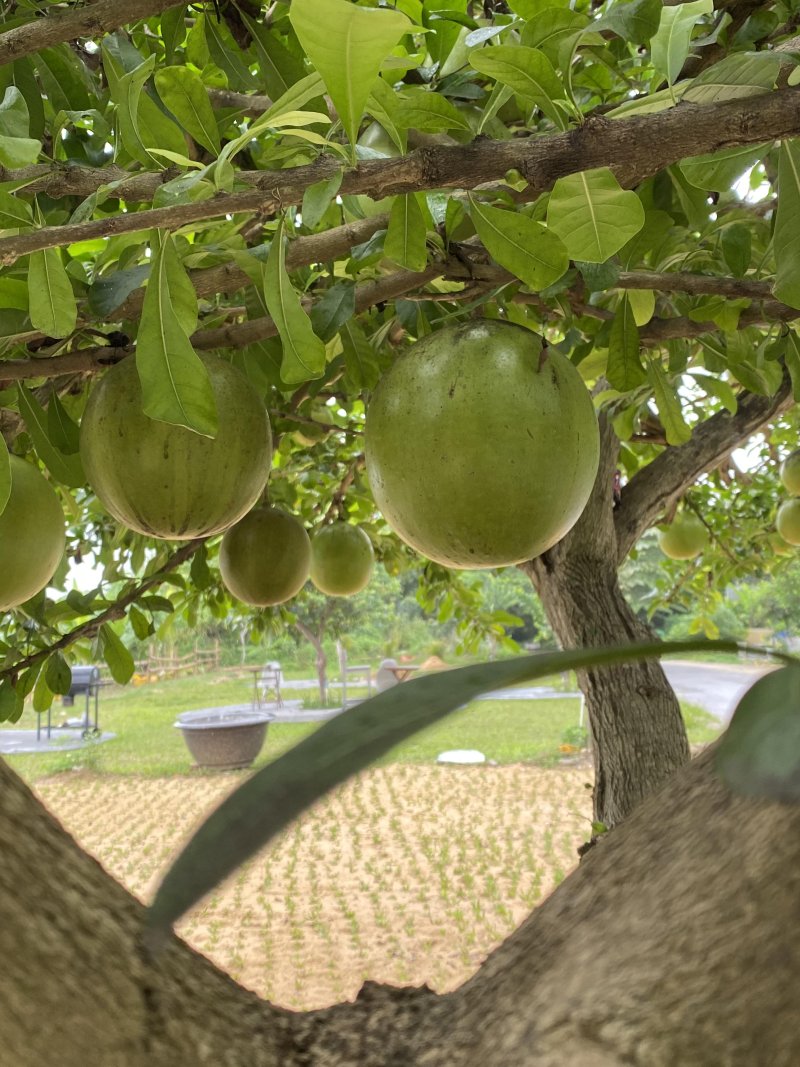 These melons hanging from the tree had no help. I was fascinated by how large they were and how their only support was the attachment to the branch. Apparently they had a medicinal purpose. 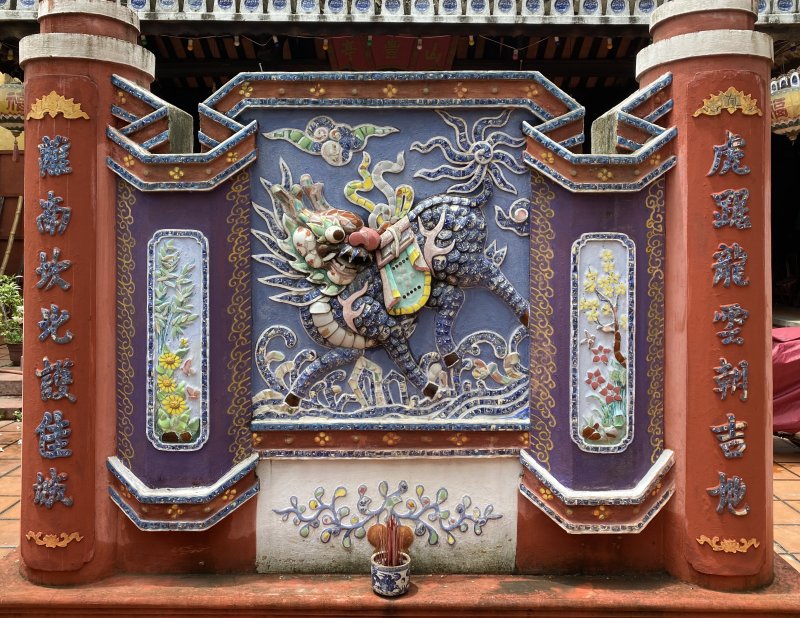 I always was interested in looking at the delicate art designs of the walls. Since everything was shut down we could only look from afar or through a gate. 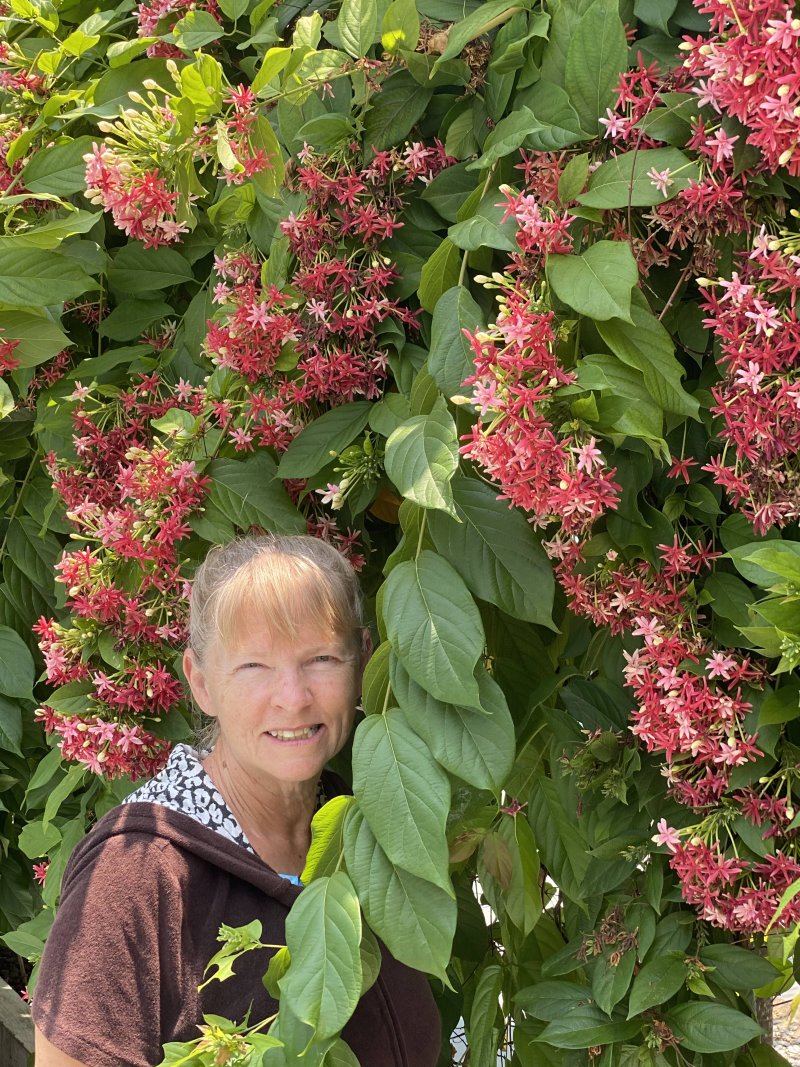 I think what I miss the most is the constant display of flowers everywhere. Eating passion fruit is a close second. 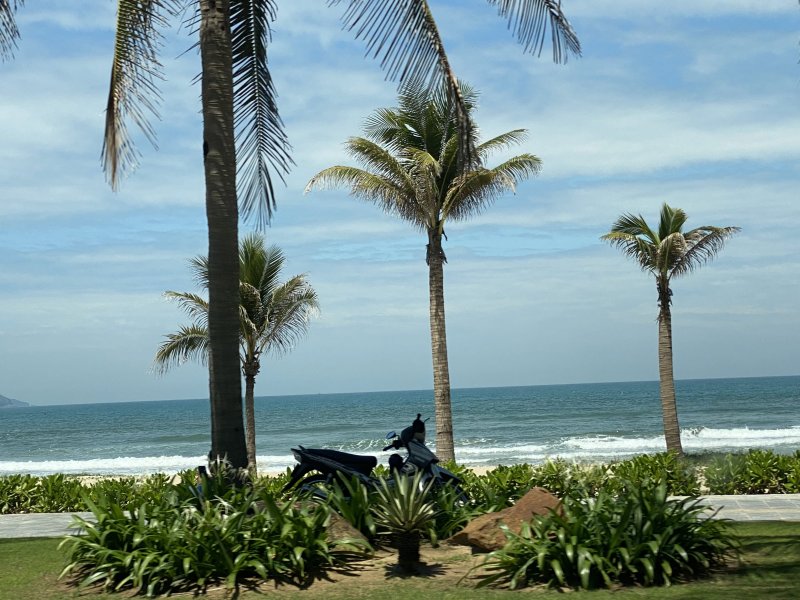 This was our last day and it was as warm as the picture is suggesting.


We watched these ladies unbag and rebag for 5 days straight. With the presence of everyday winds and warm weather it was the best way to dry the rice. It was interesting to see rice spread out everywhere, even on roadways. It was obviously common to have this happen as everyone just drove around the large mass of rice laid out on a tarp. 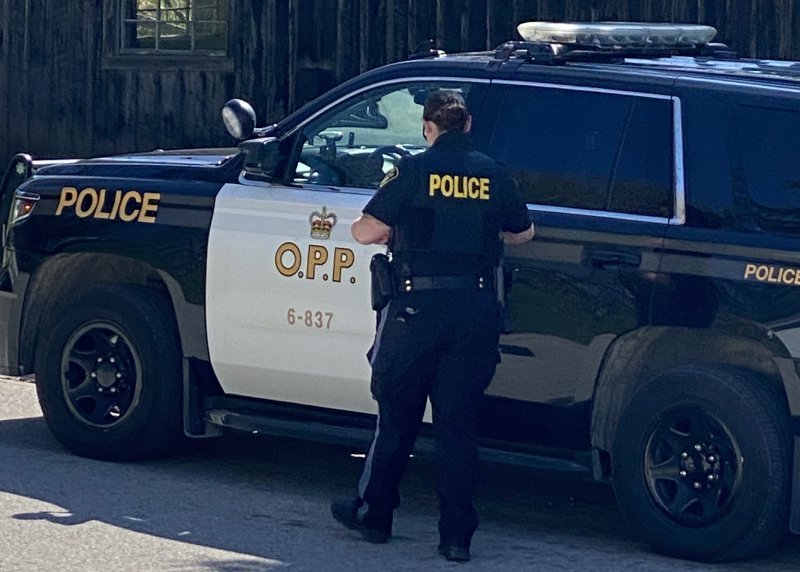 When I first saw the officer I thought, who was in an accident but with everyone home I knew that wasn’t possible. I did have a chance to tell how much we appreciated all the Ride Programs in front of our house. Sadly she relayed to me that our corner always results in charges being laid.