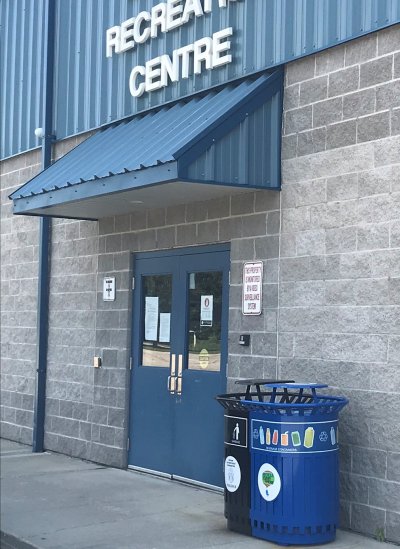 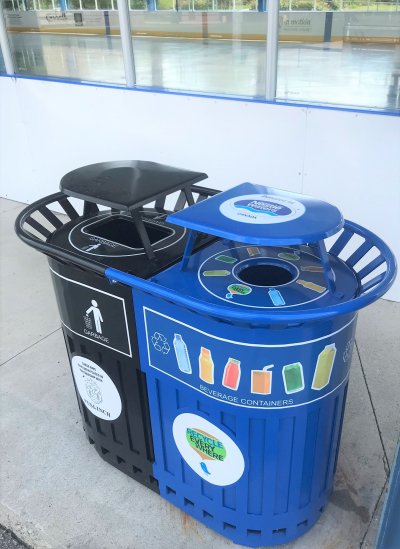 An innovative public-spaces recycling program funded by Nestlé Waters Canada is now up and running in Puslinch, marked by bright blue and black dual-recycling bins in outdoor locations across the township.

The program, designed by Reclay StewardEdge and Recycle Everywhere, will provide much-needed infrastructure to improve recycling rates and reduce waste throughout the community.

Blue and black dual-recycling bins have been placed at local parks and the Community Centre. Bins will also be placed at indoor facilities pending the easing of restrictions due to COVID-19. The locations were chosen after Nestlé Waters Canada identified a gap in recycling capabilities in these high-traffic areas.

“We’re so proud to see this program come to life in Puslinch, where we have lived, worked and played since 2000,” said Jennifer Kerr, Director of Corporate Affairs at Nestlé Waters Canada. “We have seen firsthand this program’s positive impacts on recycling rates in communities across Canada, and are glad to make a positive, lasting contribution to the community’s recycling infrastructure in public spaces.”

“Public space recycling, especially in parks and at arenas, is a critical need in Puslinch and programs such as these are vitally important,” said Ken Friesen, President of Reclay StewardEdge Inc. “Nestlé Waters Canada’s support will mean greater recovery of the 30 per cent of beverages that are consumed away from home.”

After a similar program, also funded in part by Nestlé Waters Canada, launched in Erin in 2018, recovery of beverage containers increased to approximately 87 per cent, while contamination dropped 17 points.

The Township of Puslinch approved the $50,000 in early February. Bins were originally slated to be placed in mid-April, but were delayed out of an abundance of caution to protect the health and safety of the Public Works, Parks, and Facilities teams during the pandemic. While the outdoor bins have now been placed the rollout of indoor bins will take place when these facilities are once again open to the public. A traditional and social media campaign to educate residents on the program has launched on August 25.