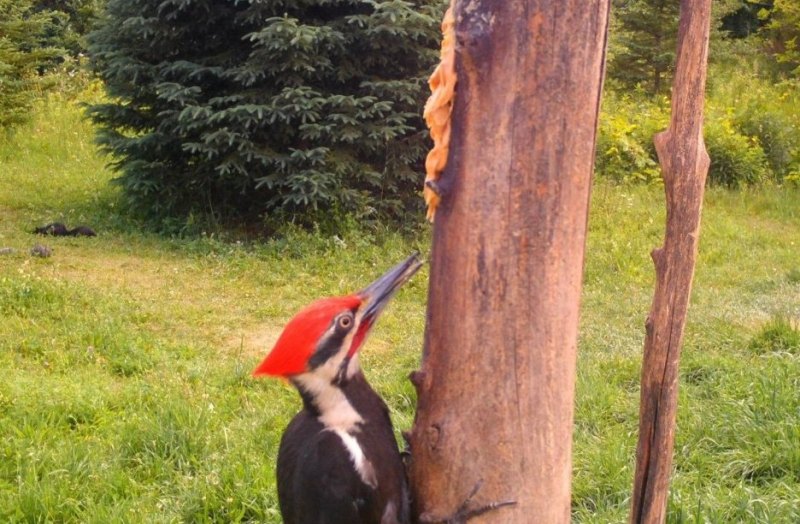 Look who’s in our backyard! It’s the Pileated Woodpecker, rare in Southern Ontario but right here in Puslinch. The Pileated is the largest woodpecker in North America, nearly the size of a Crow. Both sexes have a flaming red, crested head and a long, pointed beak. Called the “Cock of the North” by early generations, they are quite timid, having been hunted during the 19th century. The Pileated Woodpecker must have large trees in which to excavate their nests. Help them to remain in Puslinch by leaving large, dead, deciduous trees standing wherever possible.