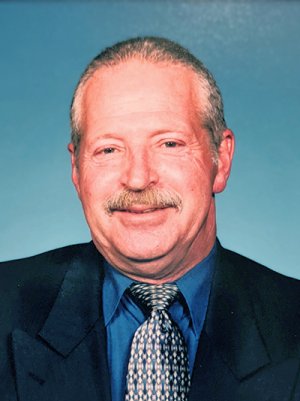 DAILOUS, Edward James Husband, father, a proud and very much loved grandfather. A hard worker beyond its definition who always strived to overcome his struggles and make a better life for those around him.

From a very young age he fought through poverty, abuse and neglect to forge his own path in life. Choosing from very early on to dedicate his life for others, starting with enrolling as a United States Marine Corp. at 15 using his brother’s ID and going to War in Vietnam to look for his missing brother. After almost losing his life and suffering extreme physical injuries he received multiple medals including a purple heart.

Making a full recovery a few years later he embarked on the long journey of a lifetime career as a driving instructor. Through his difficult child experience of losing a sibling in an unfortunate driving incident involving a transport trailer he vowed to dedicate his life to improving road safety through commercial driving. Then years later after a near deadly crash by a drunk driver along with his wife Karen, their lives forever changed.

After a long recovery he continued his teaching career in Canada. Fueled by his passion and high values to pursue excellence in everything he did; “Every job worth doing is worth doing right” he always led by example. Later in his life he focused on maximizing the potential to share his vast knowledge and experience as a senior & then chief driving instructor with the Toronto Transit Commission for almost 20 years.

Being a driving force, strong contributor and restless advocate for higher driving standards and road safety and he did so for 50 years! His mission always was on education as key to accident prevention and saving lives. His work with commercial driving led him to write countless driving manuals as an airbrake instructor, a legacy that will long live on.

His passion for keeping our roads safer also led him to follow his son Michael to the local FD were he taught defensive driving to emergency first responders.

We are deeply saddened and he will be very missed but we will forever treasure and cherish the memory of his life more than words could express. Always giving far more than he received he taught us the deeper and true meaning of Love. Ed, an ordinary man with an extraordinary life.