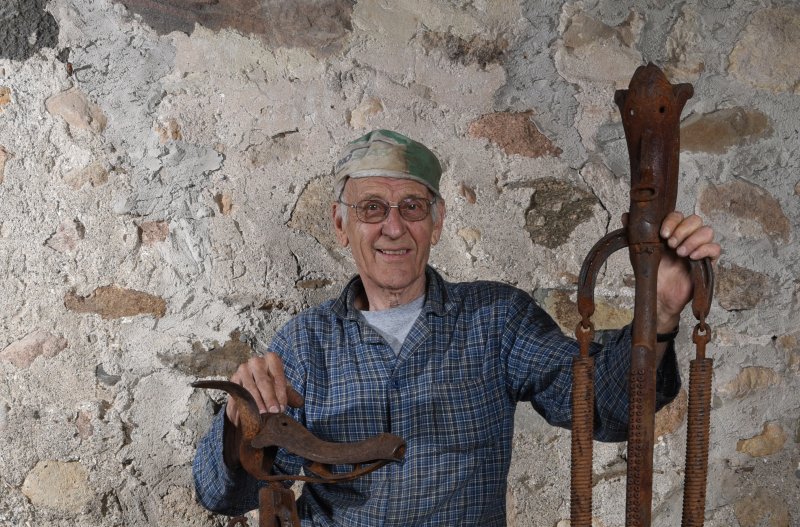 Nestled on a family farmstead in Puslinch, is the home of one Canada’s Master sculptors, Andreas Drenters. Known to all as Andy, this kindly grandfather has always shied away from fame’s spotlight and all that it entails. Instead, he prefers life’s simpler pleasures, family, good friends, gardening, and nature; drawing from these the inspiration for his magnificent art. Now at age 84, after a long and illustrative career, Andy wishes to retire from the physical demands of sculpting, and has mounted one last retrospective exhibition and sale of his works. But, who is Andy Drenters and why is his art so admired across Canada and around the world?

Andy grew up on a farm in The Netherlands during the Second World War. His father, Joseph Antonius Drenters, was an inventor, a self-taught mechanical engineer, and a highly skilled blacksmith. There was always an abundance of material scattered around his father’s shop, including hand-forged agricultural objects from the 16th and 17th centuries. As a child, Andy helped his father to work the land and to create tools and machine parts in the blacksmith’s shop. Thus began Andy’s lifelong fascination with nature and metal shapes. His artistic awakening and early sculpting apprenticeship was (quite literally) forged into being while making toys for friends and for himself. In the early 1950’s, the Drenters family moved to Canada where they continued to farm. Andy was quickly drawn to the variety and quality of pioneer agriculture machinery and continued to make things. He is also the younger brother of the renowned sculptor and local historian Yosef Gertrudis Drenters. In the early 1960’s, Yosef and Andy created what collectors and museum curators call ‘the Drenters’ Style’.

By the late 1960’s, Andy’s found-metal objects were becoming recognized as sculptures having cultural significance. His first exhibition was at the Agricultural College, (now the University of Guelph). Over the next 60 years, he had numerous one-man and group shows in Toronto, Georgetown, Kitchener, and at his farmstead gallery and studio.

Looking at the pieces assembled for Andy’s final retrospective and sale, one sees his evolution as an artist. His very early sculptures are inspired by his deep reference for hand-smitten material of Ontario’s pioneer era, a time when even common nails had to be handmade. These and many of Andy’s mid-career works are fun filled figurative found-art rearrangements that purposely highlight the ingenuity and creativity of the pioneer blacksmiths and of the commercial metalworkers of Ontario’s early industrial age. Looking at these pleasing works inspired by nature and common scenes of everyday life, one sees both Andy’s reference and his folk oriented philosophical humor. On one level, each piece is a collection of economically crafted functional forms from bygone eras, now transformed into metal artworks. It’s gratifying to see the tools and handiwork of yesteryear being saved from obliteration in modern day blast furnaces. At another level, for those with a critical eye, these works also show Andy playing with the design aspects of form and function. In a good natured way he is gently prodding us with a design conundrum, ‘form over function’, or, ‘function over form’. Think of it as a kind of ‘the chicken and the egg’ question meant to instruct us to consider each part that comprises the whole. Once you see how Andy imbues this into every sculpture, you can’t help but smile. This is art that is as powerful as it is playful! Its function is to beautify our surroundings, and it forms for us a reminder of the life-affirming harmonious balance in work and in play.

At age 27, Andy saw a Toronto exhibition of whimsical abstract sculptures, and innovative kinetic mobiles by the great 20th century American sculptor Alexander Calder. He instinctively understood and idolized Calder’s message of embracing chance in aesthetic forms. Three years later, Andy had the good fortune to meet and befriend Calder as ‘Sandy’ while both men were installing works at Expo 1967. In many ways Sandy and Andy lived similar creative lives decades apart. In the pieces from the late 60s through the 70s and 80’s, you can see Calder’s influence growing, not as imitation, but as new ideas of expression being synthesized into Andy’s own process of artistic maturation. In his later career, Andy’s work took a dramatic and explosive move towards abstract expression. The 69 new works produced for his show, Please Touch, Touchez S’il Vous Plaît, incorporate his lifelong fascination and self-taught mastery of mechanized systems, metallurgy, and his love for competitive figure skating as a skater and teacher. For their innovative arrangement of random shapes, they remind one of the works of Calder, but the emotions expressed by them, comes from Andy’s mind and are attuned by his skillful hands. In this series of sculptures, (like a figure skater), Andy uses form, movement, proportion, stasis and symmetry to create objects that encourage us to interact with them. When we do interact, we experience the joy in the moment. By partaking in these simple pleasures, we too find harmony and balance. In short, we play and we learn, when we learn to play.

Rarely does one ever meet an accomplished artist who creates such a rich playground for our traditional 5 senses, as well as, for our senses of: balance, proportion, motion, acceleration, sense of time; temperature differences, and direction. Andy has mastered the art of expressing all this in metal. Presented with the good natured humor of a former toy-making boy, who became a philosopher sculptor. As Andy wisely sums up with his folk-wisdom axiom, “What seems simple is really very complex, and what seems complex is really simple. It all depends on how you look at it.” This retrospective and sale is a must see and a must experience for all those who appreciate art, history and nature. It is also your chance to own a great piece of Canadian sculpture by the celebrated Master Sculptor Andreas Drenters.

The sale will take place on a family farm located at: 5242 Wellington Road 29, Guelph/Eramosa 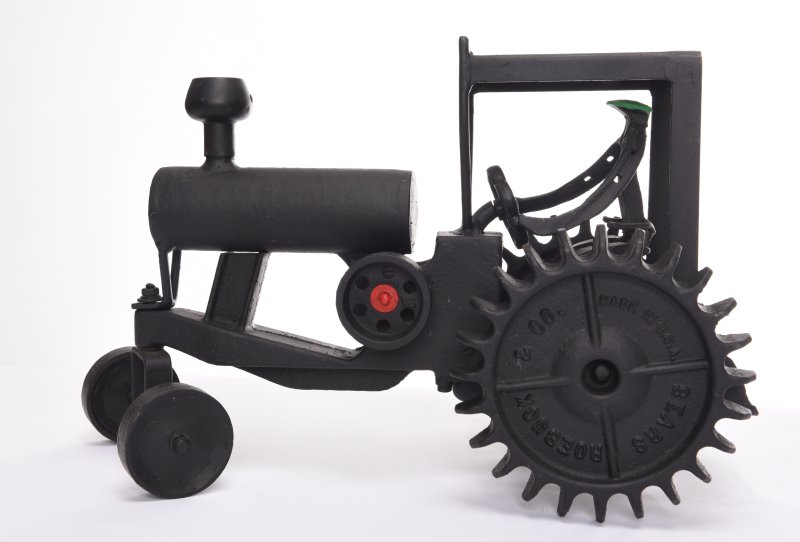 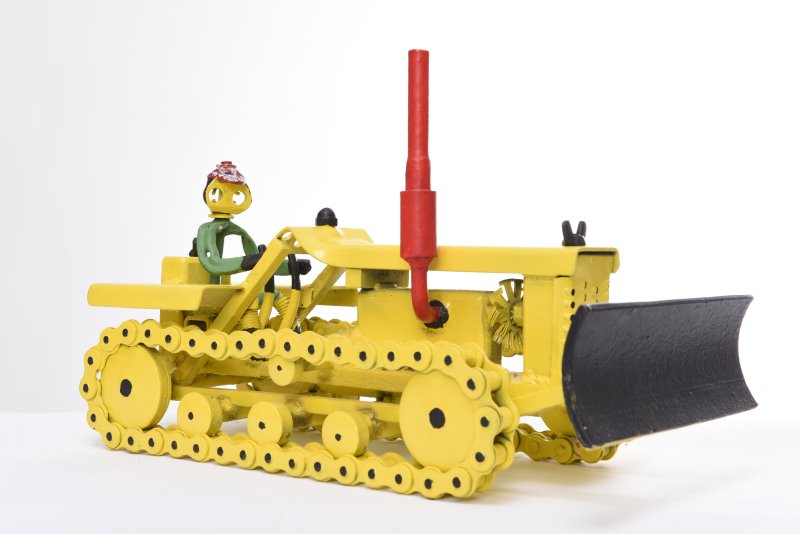 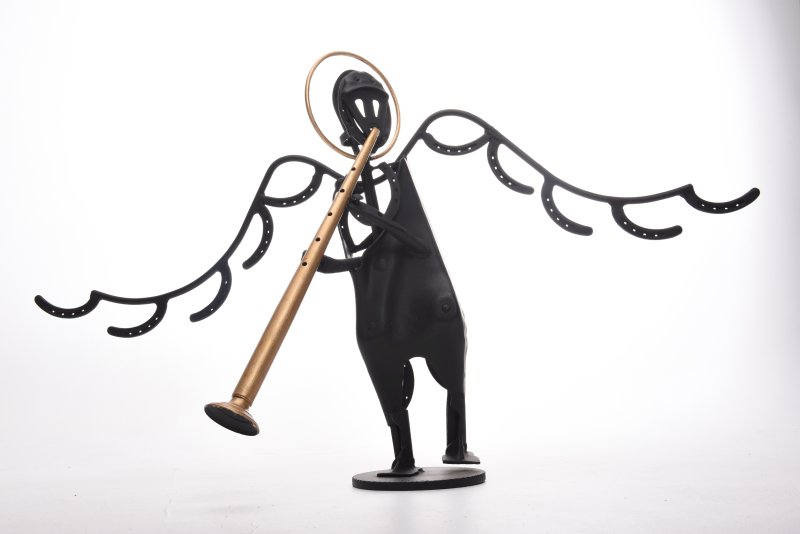 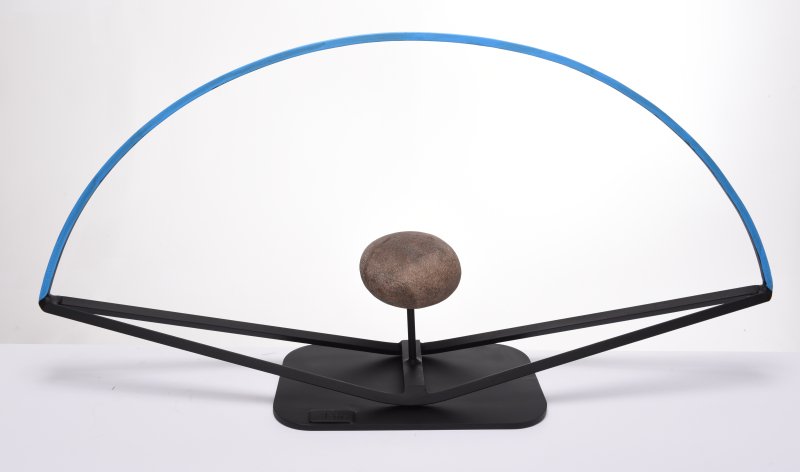 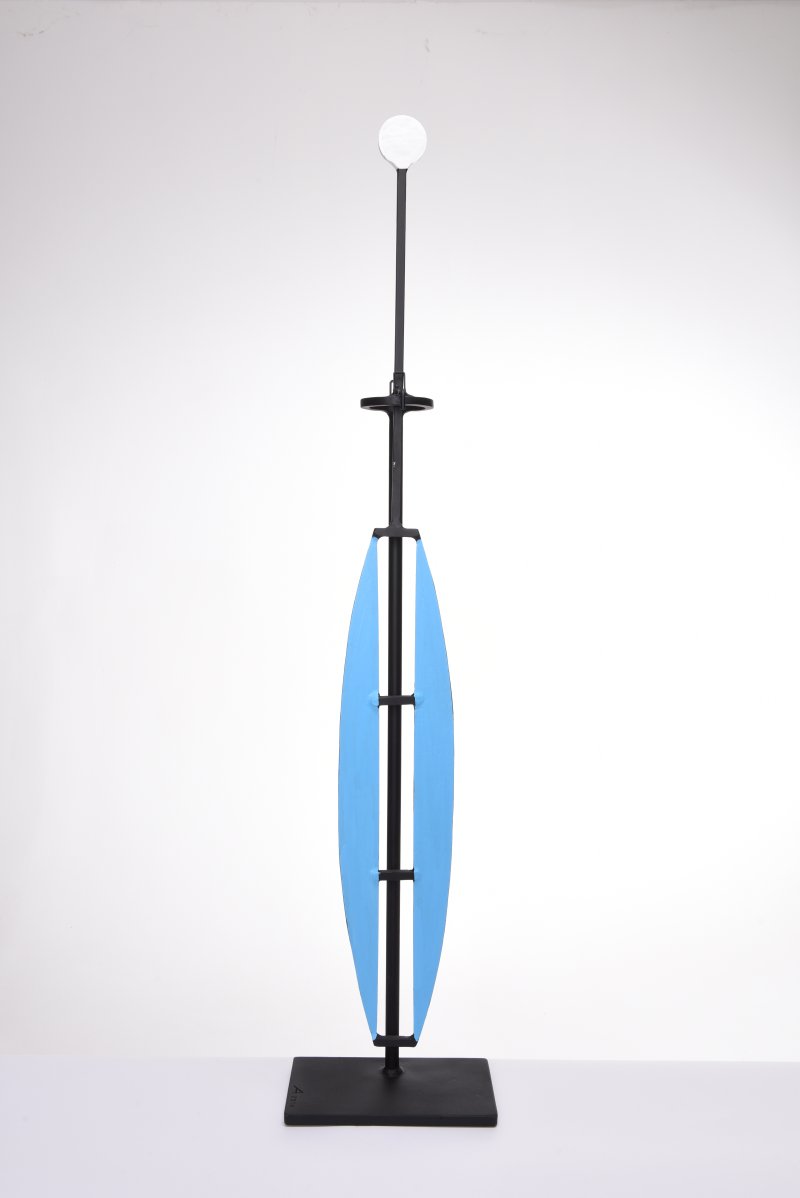 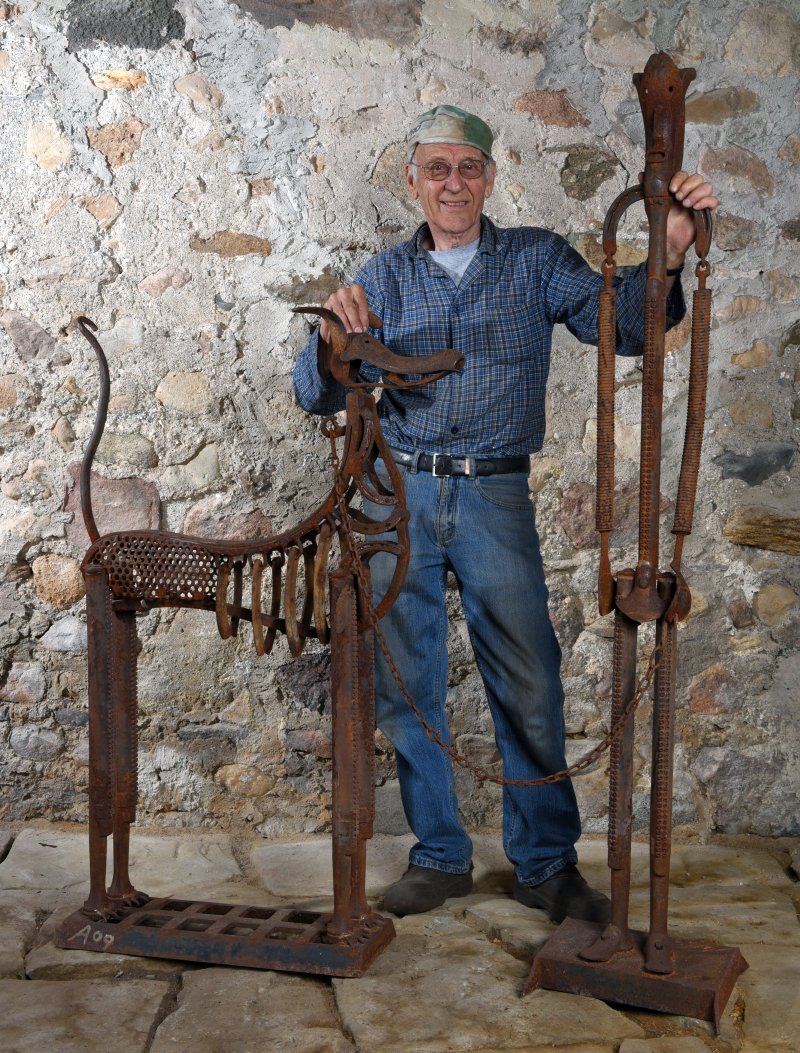