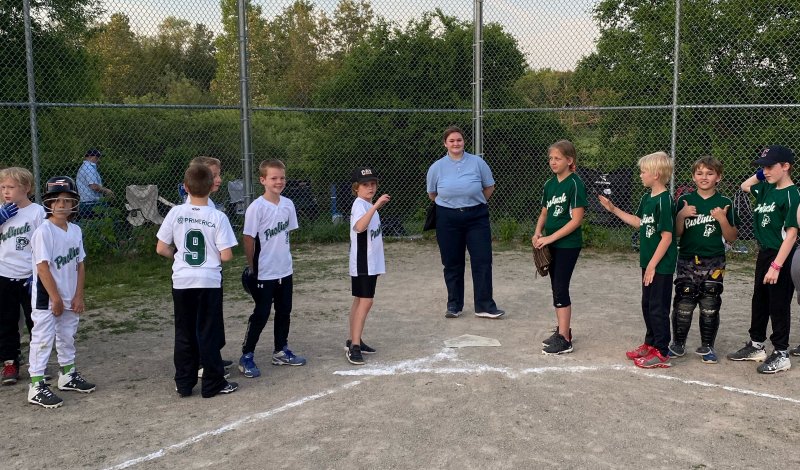 The U11 Coed Puslinch Green Prowlers picked up their second win of the season, going 2 and 0 to start the season. After beating Alma in their first game of the year, they got another win against its sister team, The Puslinch White Prowlers. With incredible numbers registered for Puslinch Ball, Puslinch has two U11 coed teams.

The game went back-and-forth during the first four innings, with Puslinch White taking a 6-3 lead into the last inning. Then Puslinch Green exploded for nine runs, putting their sister team into a 12 to 6 deficit. Puslinch White fought back in the bottom half of the last inning to get the score back to 12-8. With the bases loaded and Griffin Coburn up to bat, he hit a line drive out of the park, but landed just a few inches foul denying Puslinch White the tying runs! Puslinch White was able to muster out one more run, but that would be all, as Puslinch Green slammed the door and would hold White off for a 12-9 win.

Puslinch White was led by strong pitching performances by Cody Mackneer, Henry Ervin and Chase Corlett Tuck. James Lang led the team offensively by going three for three at the plate while Cody got on base three times. Zach Lang, Aden Johal, Cole Hennink and Henry Ervin all scored twice, while Cody and Linden Reuber scored the other runs for The Puslinch White Prowlers. James Lang made a nice grab and doubled out The Green in the 3rd to get White out of a jam.