The White Puslinch Prowlers finally got to play their second game of the season, as mother nature has thwarted the team with numerous rain outs. The game, was almost as exciting as the weather has been lately. Down 15 to 7 going into the bottom of the last inning, The Puslinch team put on their work pants and made a remarkable come back, to tie the game 15 to 15.

There were some key defensive plays to the game, James Lang led the defense with some nice grabs at the shortstop position. Griffin Coburn snagged a line drive down the third baseline that was going to go for extra basis if not a home run. Some nice defensive plays by all our first baseman‘s tonight, Charlie McLaurin, Cody Mackneer and Zach Lang, help keep the Ponsonby team at bay. Cody also pitched an incredible first 2 innings for Puslinch, only allowing two earned runs and not walking anybody. In Henry Ervin‘s pitching debut, he was asked to come in and pitch three innings to finish up the game. A little bit of a rocky start with a few walks turned into a smooth finish for the rookie southpaw, who recorded his first strike out in the game! Henry also contributed to the defensive side of the ball, making a beautiful catch on the mound.

Now turning to the offensive side, there was no shortage of power here. Many players contributed to the scoring this evening. Sam Jones, Ebaad Urrahman, Cody, Henry, Chase Corlett Tuck, and Payton Socha all scored two runs each for the Prowlers. Other runs came from James Lang, Linden Reuber and Griffin Coburn. Cole Hennick an Aden Johal both were left off the score sheet, but had key hits and RBIs on the night. The big hits of the night came from Linden and Griffin. Griffin hit a triple late in the game down the first baseline. And Henry Ervin picked up two stolen bases tonight for the prowlers.

The White Puslinch Prowlers will be back in action on June 20, as they host Alma at Old Moriston Ball Diamond. 6:30 PM start time, come cheer on this young group of superstars 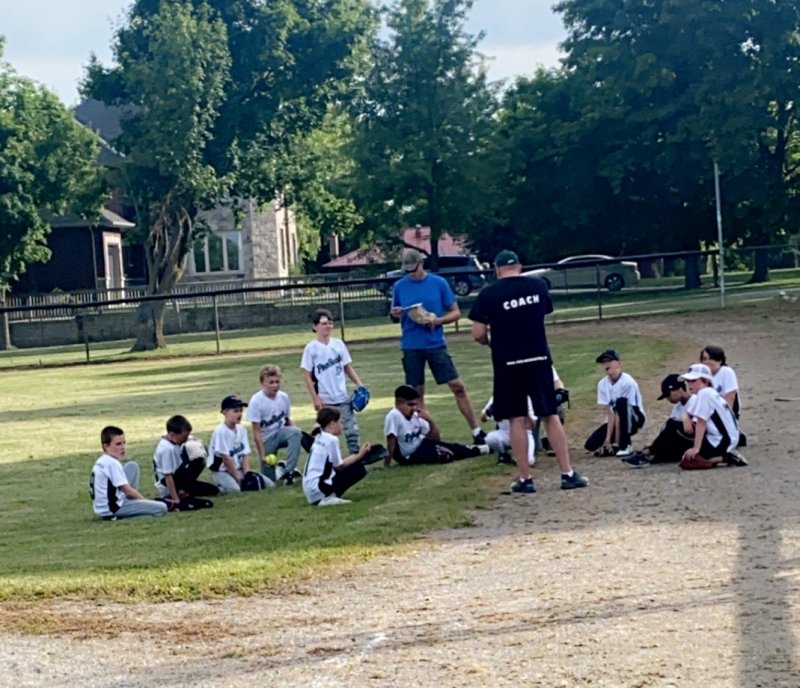