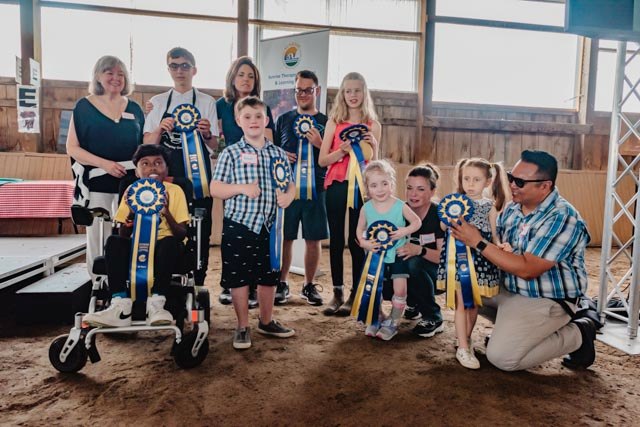 Sunrise Riders displaying their ribbons recognizing their participation in a Musical Ride.


The Celebrate Sunrise! fundraising and appreciation event held at the Sunrise farm on Sunday, June 26th was a great success.

It was an afternoon of meeting friends from the past ,making new connections, honouring those who have accomplished so much in the past forty years, raising funds for the Sunrise programs, and looking forward to the future innovative plans.

Founding members were recognized and one, Dr James MacLachlan, sent a video message from Nova Scotia. In addition to those who have been on the journey from the beginning, or have made a significant impact along the way such as Board Presidents, Donors and in so many other capacities, were each presented with a 40th Anniversary coffee table book containing a pictorial history of Sunrise from 1982 until now.

The longest rider, Margaret Yaskowich, and some newer young riders from this year’s musical ride – to the tune of “Celebrate” – were also recognized. Many from past years at Sunrise, mingled with staff, new volunteers, sponsors, therapists and for some family members this was the first Sunrise social event they had attended.

Auctioneer Robert Milburn of Milburn’s Auto Sales & Service, who has supported Sunrise for many years, worked his usual auctioneering magic in these tough times of COVID recovery, raising close to $54,000 on the auction alone! Donations are still arriving and it is expected that the net proceeds will be over $65,000. Most importantly – WE CELEBRATED!!

Appreciation is extended to everyone who helped make this such a memorable occasion. 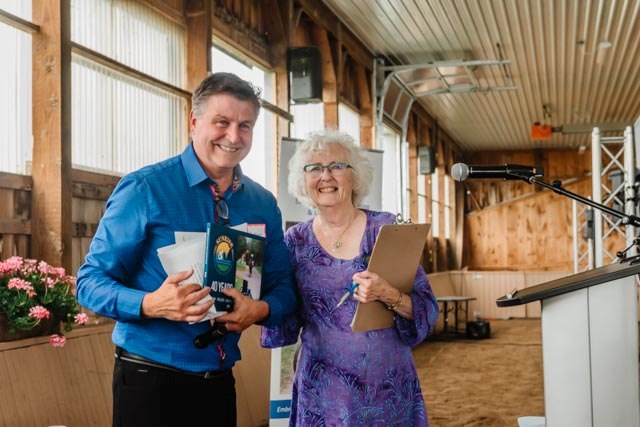