This is the seventh in a series of articles about the health of the people of Puslinch from the earliest days of settlement to approximately 1960. 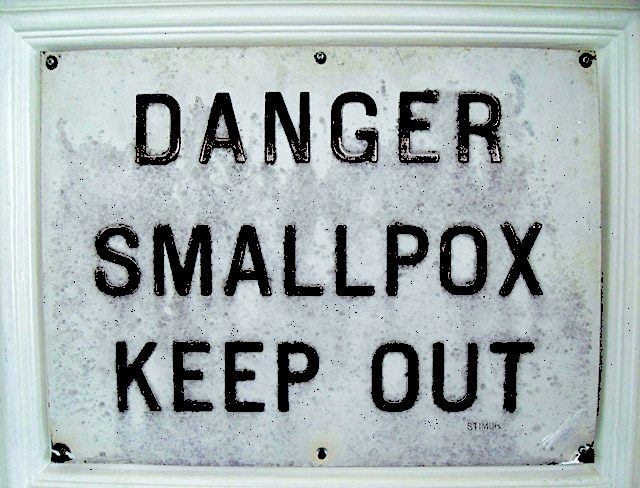 In 1885, when a case of the dreaded smallpox arose in the Puslinch community, vaccination was ordered for all children. In September of that year, the Morriston doctors vaccinated all children from infancy to the limit of school age, Dr. William Cormack in sections 1, 2, 4, 8, 9 and 10 and Dr. Courtney in sections 3, 5, 6, 7, 11 and 12. The doctors were instructed not to charge a fee from “any poor or indigent person vaccinated by them” but to make a list of such cases. The list was to be given to the secretary of the Township Board of Health Heaand the Township Council was to remunerate at 25 cents per case.

Again, on April 17, 1894, in accordance with instructions from the Provincial Board of Health, Dr. Hilliard was vaccinating at S. S. #4 (Aberfoyle School) and on May 6, 1894, the columnist from Morriston reported that the village doctors had been busy vaccinating the children in the various schools throughout the sections. Attendance was down, as some of the children were very ill afterward. On May 7th, the Guelph Advertiser stated that a number of children from the north Brock Road, who had lately been vaccinated, had broken out in a rash and were quite sick.

More concern was in evidence when the following report appeared in the Globe and Mail on Friday, January 17, 1902: “The people of Puslinch are alarmed over the appearance of smallpox in Morriston and lower Puslinch and also in Flamborough, below Schaw Station. Mr. John Martin, who works for Mr. Archibald Marshall and his youngest child are down with the disease but children in the families of Messrs. Archibald Smith, Angus Martin and John MacKenzie are also down with a mild type of the disease, which had been thought to be chickenpox. There are seven cases reported so far in Puslinch and two in East Flamborough. The story runs that a son of Mr. Neil Campbell, who had been out to Manitoba harvesting, contracted the disease in a mild form out there and it ran through his father’s family after his return, not much attention being paid to it. It is supposed the families affected took the infection from the Campbells.”

This caused a flurry of action on the part of authorities. Township Health Inspector Andrew Munro and Dr. James H. King of Morriston visited a number of residences in the south of the township. As a result, quarantine placards were posted at the homes of Neil Campbell on concession 10; John MacKenzie on concession 10; William Moore on concession 10; Robert Kennedy on the Brock Road; John Martin on the Brock Road; Angus Martin on concession 9; Archibald Smith in Badenoch; and M. McNaughton on concession 1. Duncan Cameron of East Flamborough was also affected and Halton County reported several cases. Schools and churches were closed and a vaccination campaign undertaken in Morriston. Dr. King was in charge of the vaccinations and a doctor from Toronto arrived to care for those afflicted with the disease. After it was learned that a girl from the affected area had visited friends in Guelph, the Guelph Health Inspector warned the occupants of that home to avoid contact with others, lest they now be infected. The Guelph Board of Health called a meeting. The Isolation Hospital was readied in case of necessity. A police constable was stationed on the Brock Road with orders to turn back all who came from the infected district and a number were turned away.

Puslinch Lake School (S. S. #11) was closed from Nov. 8, 1902 to Jan. 15, 1903 due to smallpox in that section. In December 1902, there were two cases at the Knack farm on the west side of Puslinch, Mr. Knack and a neighbour, John Reeve, aged 20, who was quarantined at the Knack farm. Dr. Howitt of Guelph tended to them. On March 12, 1903, the Galt Reporter stated that a 5-year-old son of Mr. Thaler, who lived just over the Townline in Puslinch had been stricken with smallpox.

Again, in April 1906, Dr. Charlton of Hespeler was summoned to the residence of Mrs. John Currie of the 1st concession of Puslinch. Her son, Fred, aged 25, had returned home, feeling unwell, a day or so previously from Preston, where he had been working as a carpenter. The doctor diagnosed a well-developed case of smallpox. The home was quarantined and the house, where he had boarded in Preston, was disinfected.

On March 9, 1920, as smallpox had been identified in proximity, it was also decided to vaccinate all school children in Morriston, without charge. This vaccination left a scar about the size of a looney on the arm of the children.

On January 25, 1921, two cases of smallpox were reported in the home of Charles Maddaugh, south of Puslinch Station. All public gatherings were banned until Feb. 10th and a masquerade ball, scheduled to be held in Aberfoyle Hall, was postponed. Dr. King and Dr. Wodehouse, the District Health Officer, visited Morriston School to request that all students produce vaccination certificates, submit to vaccination or absent themselves from school until permission was given to attend.

Thankfully, this was the last visitation of the disease in Puslinch.