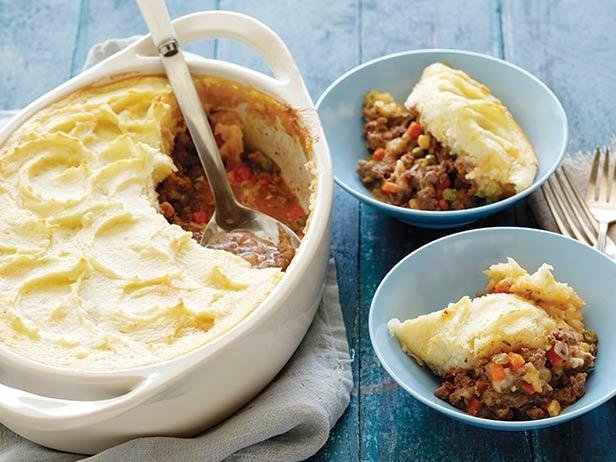 Meat Pies: Shepherd’s or Cottage
‘Shepherd’s pie or cottage pie is a meat pie with a crust or topping of mashed potatoes’. Thanks Wikipedia for that neat definition. But in reality, there are hundreds of recipes for the infamous pies probably due to the fact that they are ideal for any every kind of leftover and minced meat.

The defining ingredient in both of these dishes, is the red meat (i.e. not fowl) that is minced, then cooked and combined with gravy or sauce, onions or garlic, sometimes a few vegetables such as peas and carrots, topped with a layer of mashed potatoes – and then baked.

In 1791 the dish ‘cottage pie’ was used when the potato was first introduced as not only an edible crop but an affordable one. Cottage referring to the modest dwelling for rural workers. The term Shepherd’s pie didn’t appear until 1854, and was used synonymously with cottage pie, regardless of whether the meat was minced beef, lamb or even mutton.

Most Canadian homes use beef in Shepherd’s pie. Serious UK foodies however are loyal to using lamb when they create this ‘heart-warming, family-friendly dish’. There are hundreds of variations on Shepherd’s pie both internationally and locally. In Quebec for example, Pâté chinois is made with red meat on the bottom layer, canned corn in the middle, and mashed potato on top.

There was also melted cheese on the potato crust or potatoes both above and below the meat filling. As shepherd’s ourselves, we like to stick to traditional ingredients and use lamb in our Shepherd’s pie. We found this recipe in Taste.com, which we thought had some interesting flavours. Got a Shepherd’s Pie variation that you would like to share? Let us know on Facebook!

Meanwhile: Prepare mashed potatoes to suit. At Valensbrae, we prefer a creamier richer mashed potato topping and so use lots of butter and cream. And instead of manually mashing them, we prefer them whipped. The end result is a creamier, non-lumpy topping.

Spoon lamb mixture into a 2L ovenproof baking dish, or four individual-sized ovenproof dishes. Top with mashed potato and brush with butter if desired. Bake in preheated 350 degree oven for 20 minutes or until topping is golden brown. Serve immediately.