When customers pick-up their lamb cuts at the farm, they often excitedly share their favourite recipe or favourite way to cook a particular cut.

These recipes are our favourite to share, because while loosely based on another recipe, they have been modified, personalized and improvised.

Lamb shoulder chops are cut from the arm portion of the shoulder. They are relatively inexpensive and very flavourful. But shoulder cuts are generally tougher and are better slow-cooked, stewed or roasted to get that nice lamb flavour and meat that is meltingly tender.

This particular recipe is from one of our very first customers, who keeps coming back and sharing her favourite recipes! 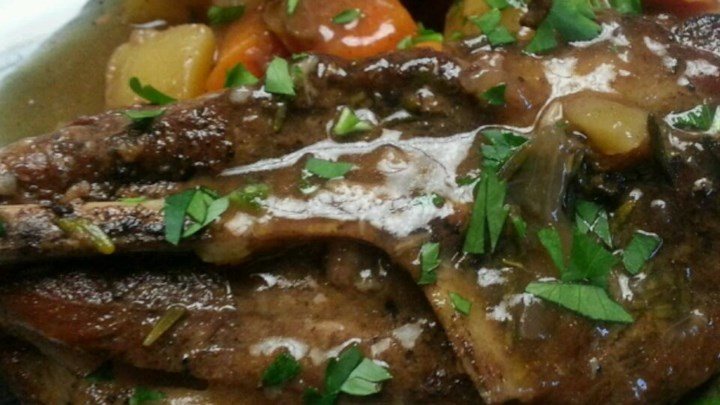 This is what I did with the lamb shoulder chops for tonight’s dinner:

Serves: 4
Serve with ‘green things from the fridge’
Pairing: Robust red such as Chianti

This was really, really good!