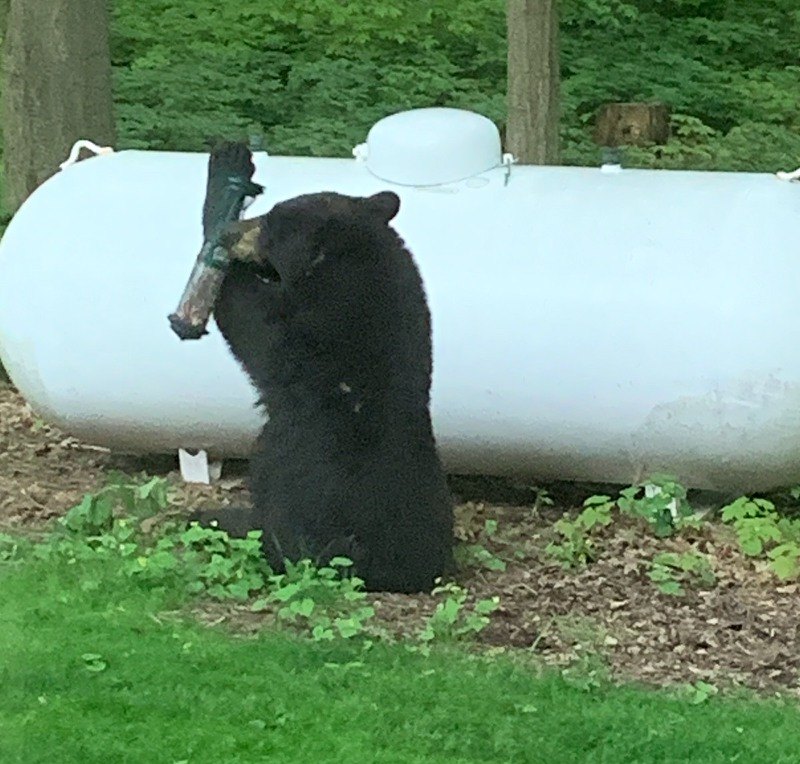 After multiple black bear sightings in Wellington County, OPP are urging residents to be cautious and learn how to protect themselves.

On Sunday May 26, 2019 at approximately 9:00 a.m., Wellington County Ontario Provincial Police (OPP) attended the area of First Line and Erin-Garafraxa Townline, Erin after receiving a report of a possible black bear in the area. Police and property owners found evidence to suggest a bear wandered onto some properties during the night.

On Monday May 27, 2019 at approximately 8:30p.m., Wellington County OPP responded to a reported bear sighting in the area of Fourth Line and Halton-Erin Townline. A witness captured the above image of a black bear on their property.

On Wednesday May 29, 2019 at approximately 6:30a.m., Wellington County OPP responded to reports of a black bear in the area of Wellington Road 124 just south of Guelph Lake. The bear had left the area prior to police arrival.


Keeping Bears Away from Homes and Communities

Reduce the chances of attracting bears by:

If you encounter a bear:

If a bear approaches you: