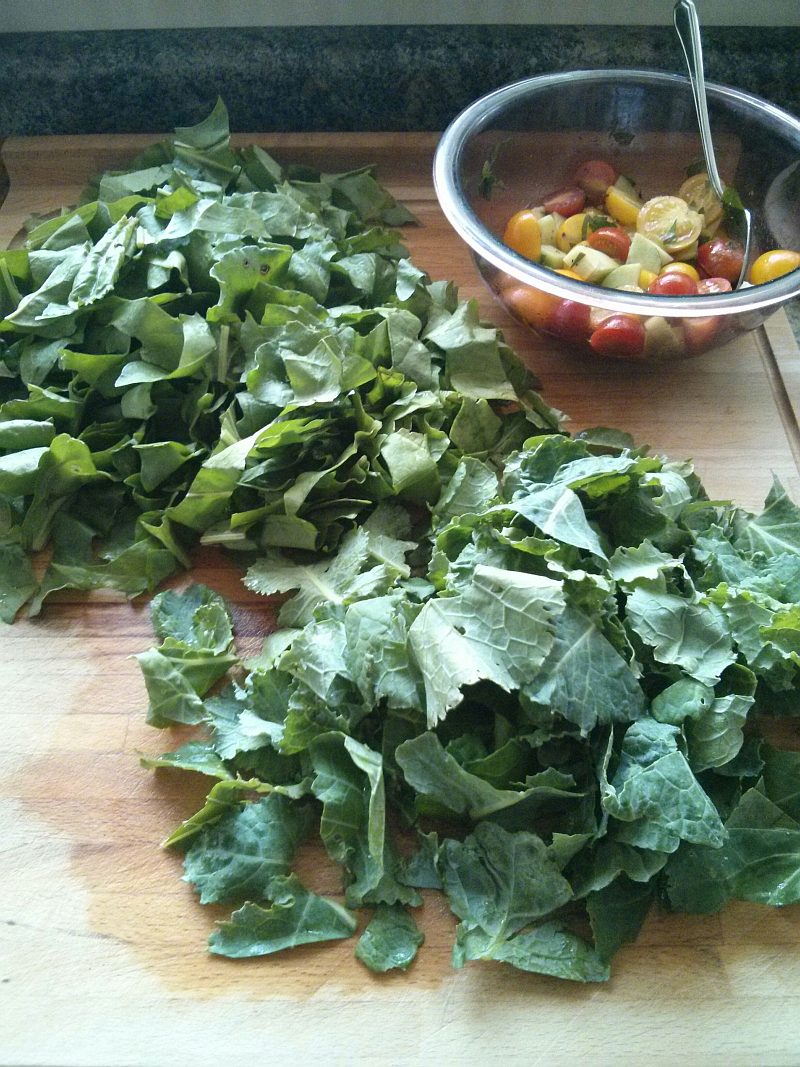 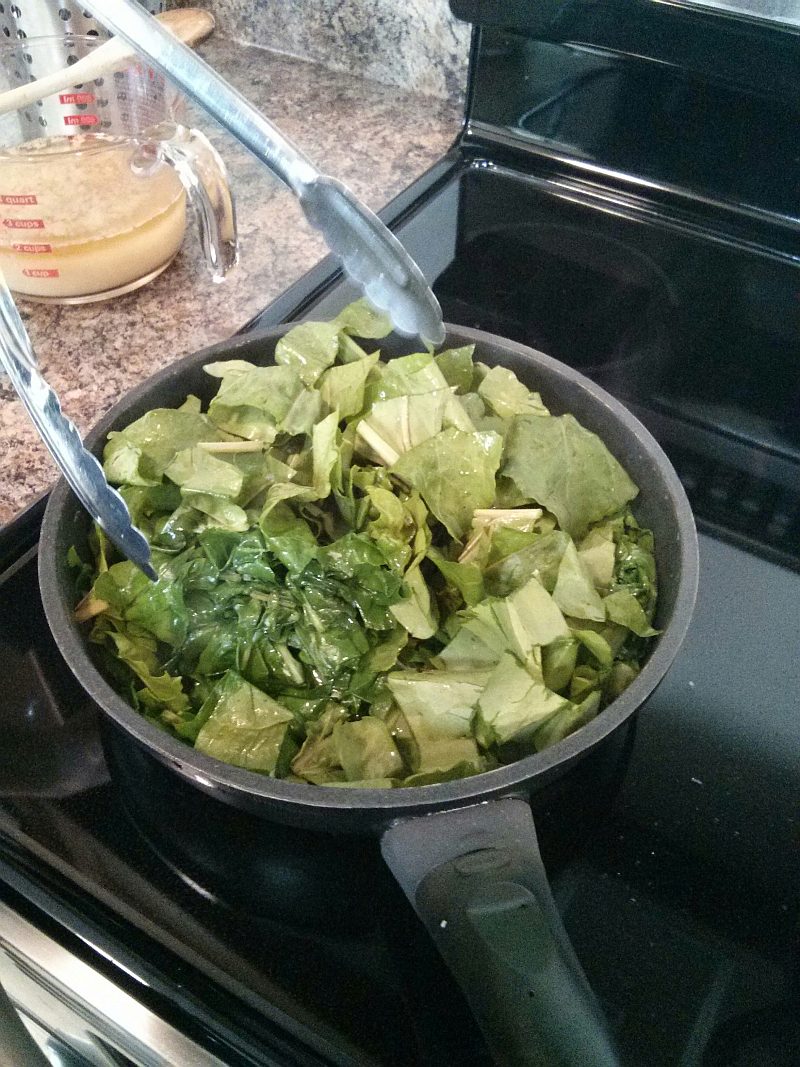 A good friend was unable to use their small CSA basket this week from Drumlin Farm and suggested I pick it up instead – an offer I immediately accepted! I apologize for the quality of the attached photos but it was a last minute decision to take some photos of dinner prep tonight.

Included in the fresh food we received was some beautiful fresh kale – a personal favorite of mine. We decided to harvest some fresh beet greens from our own garden to complement the kale and whipped up a wonderful pasta. If you’ve never had fresh greens – right from the garden – prepared like this, I promise you’re in for a treat!


We used some yellow tomatoes and a cucumber from our CSA, combined it with some fresh parsley and red tomatoes from our garden and tossed it with some olive oil, balsamic vinegar and salt and pepper to make a fresh light side salad. You could try substituting the fontina cheese with something else but the fontina gives it a nice little kick.

Eating local has never been easier or more tasty! 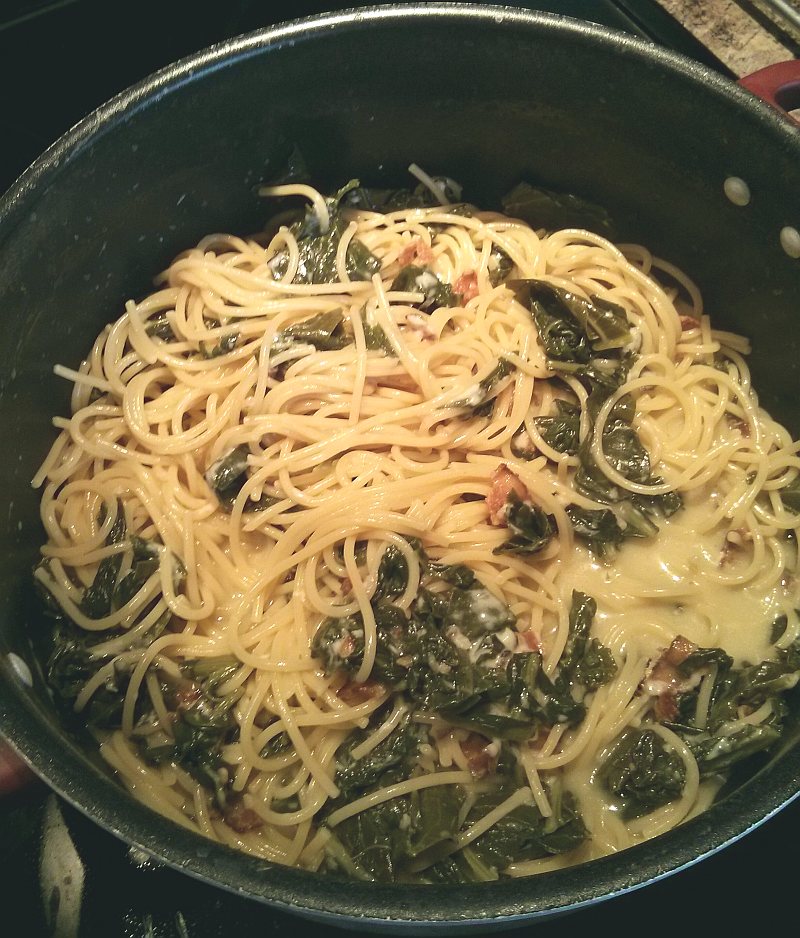 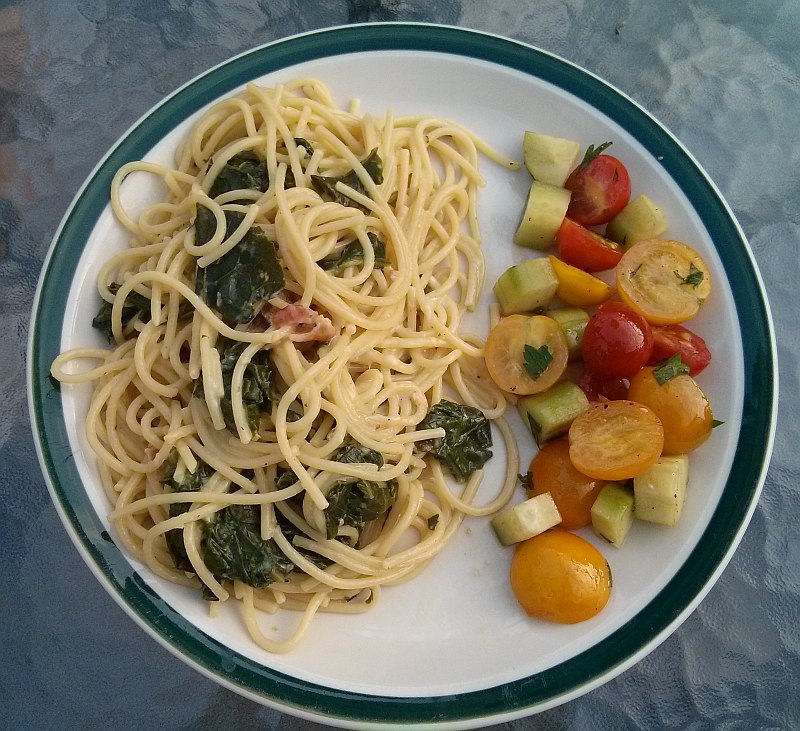